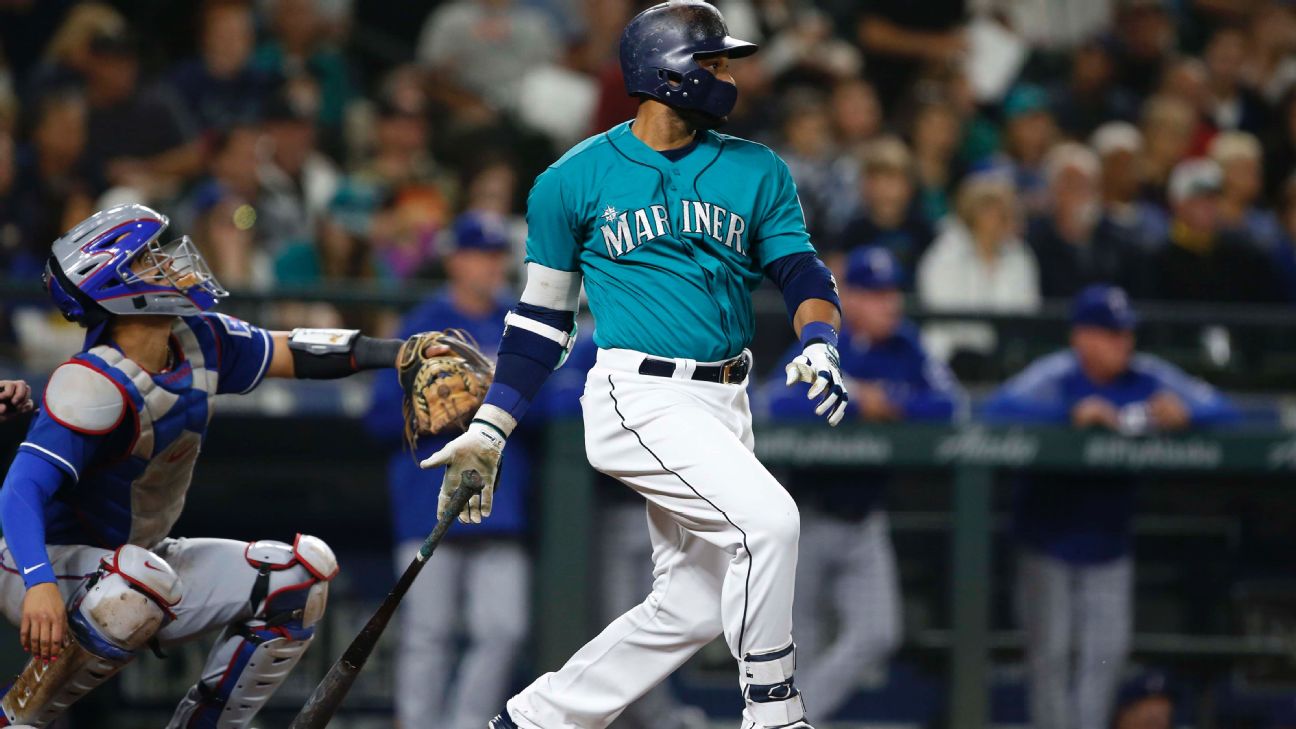 LAS VEGAS -- Half a loaf is better than none for New York Mets manager Mickey Callaway when it comes to Robinson Cano.

New York's new second baseman has been criticized at times for not running hard to first base when he hits infield grounders. Callaway says the 36-year-old is just protecting his body in a way that makes sense.

"I think Robbie deserves the leeway on that," Callaway said Tuesday at the winter meetings. "And the reason is not because he got out, he's frustrated, that's not the reason he does that. He does it so he can play 155 games, which he's done every year. He's smart. He knows the game. You're not going to see him hit a ball and loaf when there's a chance for it to be a hit. He understands when that ball leaves that fielder's hand, destiny is going to happen. And so he knows how to do that part of it."

Cano will hit third in the lineup, Callaway said.

An eight-time All-Star, Cano was obtained from the Seattle Mariners on Dec. 3 along with relief pitcher Edwin Diaz for outfielder Jay Bruce, right-hander Anthony Swarzak and a trio of prospects: right-handers Gerson Bautista and Justin Dunn along with outfielder Jarred Kelenic.

"Rosario is going to understand that's Robinson Cano doing that, and he probably can't do the same thing that Robbie can do, because he doesn't have that experience and probably doesn't quite understand the things that Robbie does when he's doing it," Callaway said. "I'm definitely at peace with it, I don't think it's going to be an issue, and I think he deserves the right to do that, so he can keep himself healthy."

Cano played in 150 or more games in 11 straight seasons before this year, when his right hand was broken May 13 when he was hit by a pitch thrown by Detroit's Blaine Hardy. Two days later, Cano was suspended for 80 games following a positive test for Furosemide, a diuretic he claimed was given to him by a licensed doctor in the Dominican Republic. Cano returned to the Mariners Aug. 14 and finished with a ,303 batting average, 10 homers and 50 RBI in 80 games.
Report a correction or typo
Related topics:
sportsespnmickey callawaynew york metsrobinson cano
Copyright © 2022 ESPN Internet Ventures. All rights reserved.
TOP STORIES
AccuWeather LIVE: Snow turns into heavy rainfall
Mix of snow, heavy rain, wind hits Tri-State
Mass funeral held for Bronx fire victims
Queens man who recovered from COVID twice celebrates 105th birthday
Woman killed after man pushes her in front of subway train
FBI identifies hostage-taker at Texas synagogue
Catch first full moon of 2022 Monday night
Show More
Pilot credited for miraculous crash landing released from hospital
7th grader dies after overdosing on fentanyl at school in Conn.
After Biden's first year, the virus and disunity rage on
Expect more worrisome COVID variants after omicron, scientists say
Tsunami advisory lifted for US after volcano eruption
More TOP STORIES News