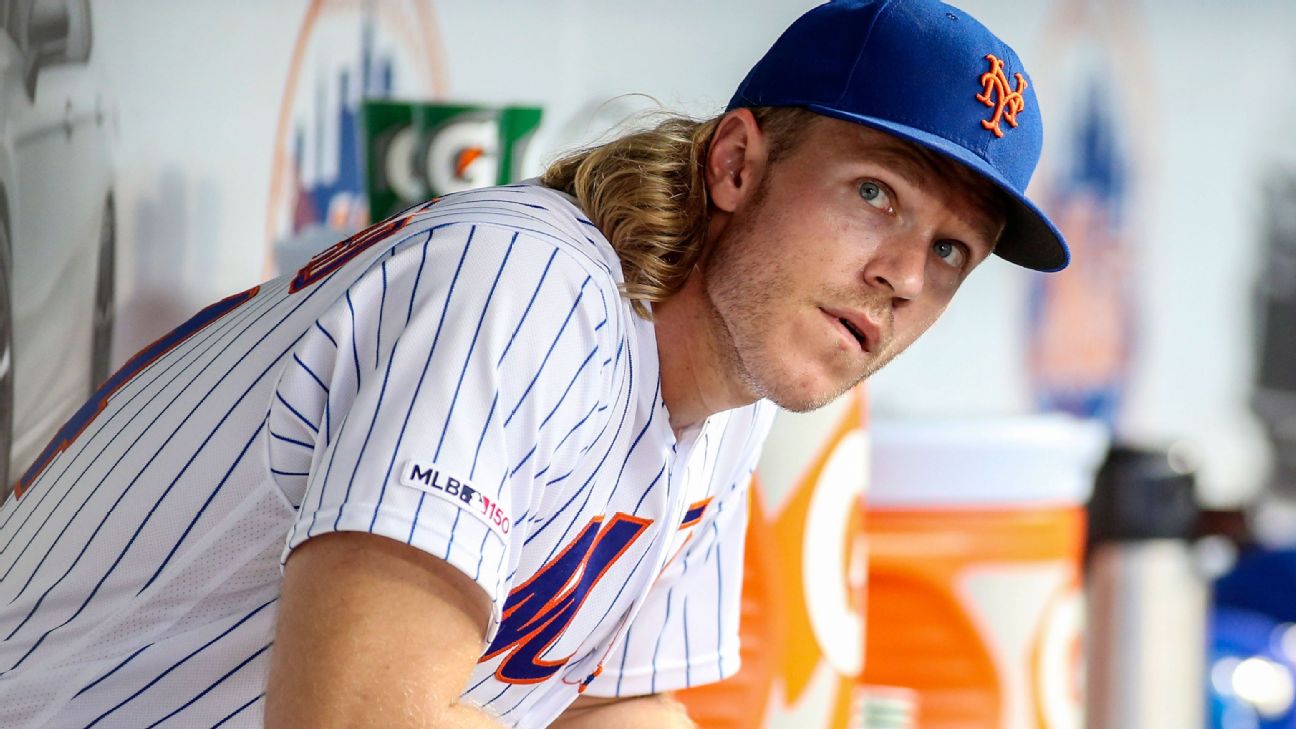 The first pitch that Noah Syndergaard threw in Major League Baseball was 97 mph. His second pitch was 98 mph. His fifth pitch was 99 mph. From that first start in 2015, it was perhaps inevitable that this day would arrive. The human elbow isn't built to regularly throw baseballs at such velocity.

ESPN's Jeff Passan is reporting that the New York Mets pitcher will undergo Tommy John surgery on Thursday, the end diagnosis of the discomfort Syndergaard had experienced before the suspension of spring training earlier this month. That would put him out for the entire 2020 season with an optimistic timeline for a return next April and a conservative estimate more like 15 months out -- something like the All-Star break in 2021.

It's hard to evaluate the impact on the Mets for 2020, since we don't know when the season will start -- or even if we'll have a season. The Mets still do have five potential quality starters in two-time Cy Young winner Jacob deGrom, Marcus Stroman, Steven Matz, Rick Porcello and Michael Wacha. The issues there are that Porcello had a rough 2019 with a 5.52 ERA for the Red Sox and Wacha had a 4.76 ERA (and 5.61 FIP) for the Cardinals. They allowed a combined 57 home runs in 300 innings.

There also is little depth behind those five, with the next-in-line candidates including Corey Oswalt, Walker Lockett and Stephen Gonsalves. The Mets' upper-level pitching in the minors is probably about as weak as that of any franchise, with no projected impact starters.

Losing Syndergaard puts a lot of pressure on Stroman to step up as a strong No. 2 behind deGrom. In his 11 starts with the Mets last season, Stroman had a 3.77 ERA, although his walk rate increased from 2.5 per nine with the Blue Jays to 3.5 with the Mets. Like Porcello and Wacha, Stroman isn't a huge strikeout pitcher for this era (although Stroman did increase from 7.1 strikeouts per nine with Toronto to 9.1 with the Mets), so the Mets' defense -- which doesn't exactly project as a strength -- will have to perform better than it did in 2019.

Syndergaard has remained a frustrating enigma. After a terrific first full season in 2016, when he posted a 2.60 ERA and league-leading 2.29 FIP with a 29.3% strikeout rate, he has battled injuries and inconsistency. His injuries have included a torn lat that caused him to miss most of 2017, a strained finger and viral infection in 2018 and a strained hamstring in 2019. While he still managed a career-best 32 starts and 197 innings in 2019, he also had a career-worst 4.28 ERA and led the National League in earned runs allowed, and his strikeout rate dipped to 24.5%.

Out of 130 pitchers with at least 100 innings, Syndergaard's strikeout rate ranked 39th -- good, but not reflective of his raw stuff. His biggest problem has always been that his fastball, despite the highest average velocity among starting pitchers last season, is more hittable than you would expect. Batters hit .275/.341/.440 against his four-seamer and .305/.361/.466 against his two-seamer. FanGraphs calculated a run value for all pitches and Gerrit Cole, who had the second-highest fastball velocity among starters, saved an estimated 37.1 runs above average with his fastball, best among those 130 pitchers with 100 innings. Syndergaard ranked 61st. This gets into why pitchers are obsessed with spin rate; Syndergaard's fastball ranked in the 24th percentile in spin rate, while Cole's ranked in the 96th percentile.

Still, one reason the Mets were going to be a popular pick heading into the season was the one-two punch of deGrom and Syndergaard, with the belief this would be the season Syndergaard matches deGrom to become a Cy Young contender. Mets fans are not only locked in their apartments and homes, but now they've lost some hope during the coronavirus shutdown, as well.

There's a bigger issue here, of course, related to the unending pursuit of velocity. Syndergaard joins Luis Severino and Chris Sale as Tommy John victims this spring. Flamethrowing Padres reliever Andres Munoz also underwent TJ surgery this week. In 2017, Severino had the highest average fastball velocity among starters. In 2018, Sale eased into his velocity but hit 100 mph that summer, and from June through Aug. 12, when he landed on the injured list, he threw 253 pitches of 97-plus mph while averaging 97.2 on his fastball.

You can go on down the list. Of the 25 hardest-throwing starting pitchers from 2018, 11 had or have since had TJ surgery. That doesn't include Shohei Ohtani (he didn't throw enough innings to qualify for my list), Lance McCullers Jr.(who just missed the top 25), Yu Darvish (who was not in the top 25), Michael Kopech (called up that year and lasted four starts before blowing out his elbow), Dinelson Lamet and other high-end velocity guys who have had the surgery, as well. It's a long list.

Of course, due to the miracles of modern surgery, many pitchers who have Tommy John surgery return as good as ever. Syndergaard only has to look in his own clubhouse for inspiration, as deGrom had the surgery as a minor leaguer in 2010.

You do wonder how the game will evolve over the next five years. Spin rate might be more important than just throwing hard. The percentage of fastballs continues to trend downward. Velocity will always be king, but it's not everything. Maybe Syndergaard would have been better off throwing 95 instead of 100, not that that would have guaranteed good health. Teams do a much better job than a generation ago in attempting to protect their pitchers, with starters making fewer starts and throwing fewer pitches per game than ever. In 2019, there were just 70 games in which a pitcher threw at least 115 pitches. In 2009, the tally was 316, and in 1999, it was 780.

Still, pitchers get hurt, and we've had three major stars now go down this spring. It makes you wonder: Who's next? 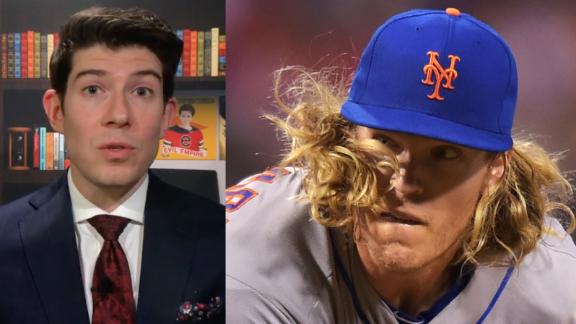