Odell Beckham Jr. to have season-ending ankle surgery this week 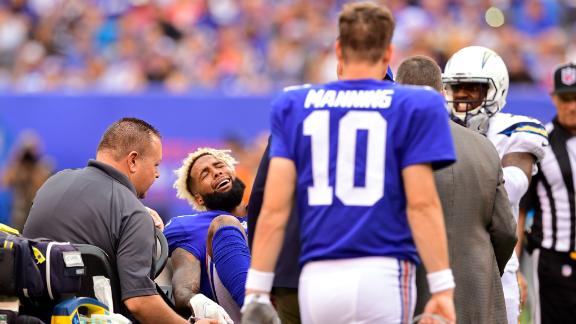 Odell Beckham Jr.'s season is over, as the New York Giants' star wide receiver will have surgery on his fractured left ankle this week, according to the team.

Beckham was injured Sunday while trying to make a catch in the fourth quarter of a 27-22 loss to the Los Angeles Chargers. He left the field on a cart.

"I spoke to him after the game," coach Ben McAdoo said on his Monday conference call. "It's a sad situation."

McAdoo wasn't sure if there were any long-term consequences from the injury.

Beckham left the field Sunday in tears and with a towel over his face in obvious pain. He underwent further tests Monday morning that validated the original belief that surgery was necessary.

He was carted off the field Sunday after he suffered the injury with four minutes remaining in the loss, which dropped the Giants to 0-5. He had gone up for a catch and fell awkwardly to the ground, and Chargers players immediately called for medical help.

Beckham had five catches for 97 yards and a touchdown against the Chargers. His season ends with 25 catches, 302 yards and three touchdowns.

It will be the first time in his four professional seasons that Beckham didn't reach at least 90 catches, 1,300 yards and 10 touchdowns.

Beckham wasn't the only Giants receiver to receive bad news on Sunday. Dwayne Harris fractured his foot and will undergo season-ending surgery Tuesday.

Both Beckham and Harris were placed on injured reserve Monday.

Brandon Marshall and Sterling Shepard also injured their ankles. The Giants declared Shepard as day to day while Marshall continued to undergo tests Monday to determine the severity of his injury.

King has spent most of the past three years with the Giants and scored a 41-yard touchdown in their playoff loss last season to the Green Bay Packers. Powe spent last season on the practice squad and was released this summer in part because of a hamstring injury.

The short-handed Giants play Sunday night in Denver potentially without their top three receivers. The Broncos have the league's top-ranked defense. 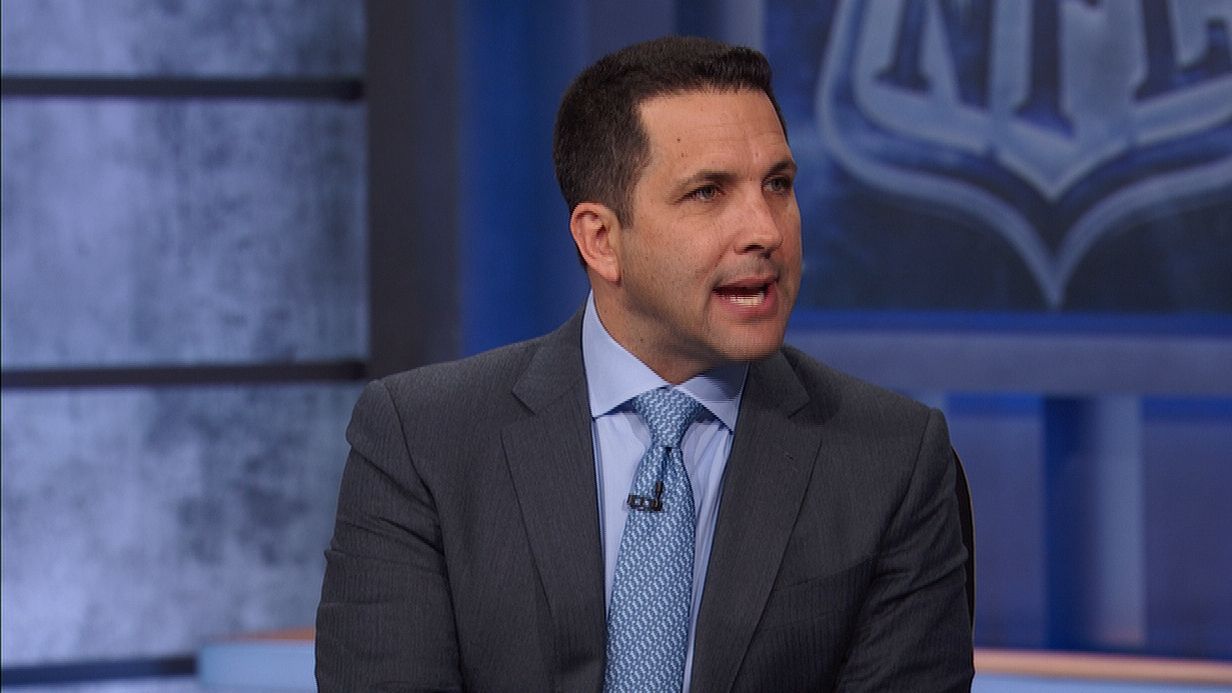