Russell Knox plummets out of Players contention with 9 at 17th

He never had hit a tee shot in the water at the par-3 17th hole -- until Saturday in the third round of the Players Championship.

And then he did it three times.

"You've got thousands of people laughing at you,'' Knox said. "It's a very uncomfortable feeling.''

The 30-year-old Knox, who won the WGC-HSBC Champions in November for his first PGA Tour title, ended up making a 9 at the famed 17th, tying the fourth-highest score on the hole in tournament history. Bob Tway holds the record with a 12 in 2005.

"That was an epic fail,'' said Knox, who waved to the crowd afterward and tried to take his bad fortune in stride. "Until you're in that position, you don't understand what it feels like. I thought I hit a good first shot. I thought I'd stuffed it. And then after that ... it just goes quickly. It's hard to describe how you feel. Your blood is just pumping through your brain.

"I should have gone to the drop zone after the first one. It's an easy shot from there. It cost me four shots probably, but I've never shanked a pitching wedge off a tee before, so that was a first.''

Knox, who is from Scotland, hit a pitching wedge from 122 yards on his first shot. It came up just short on the right side of the green. He decided to re-tee, rather than go to the drop zone that was playing 71 yards to the pin. On the second attempt, Knox shanked the shot well to the right. On the third attempt, he again came up short. He then went to the drop area and, hitting 7, found the green. Two putts gave him a 9, and dropped him from 8-under par and in the top 10 to 2 under. He then bogeyed the 18th hole to shoot 80 and fall to a tie for 40th.

"It's such an easy shot when you have no nerves or adrenaline. A pro would never miss that. I mean, we should know what we're doing. But it's a different story once you've hit two in a row in the water. The green felt like the size of a quarter.'' 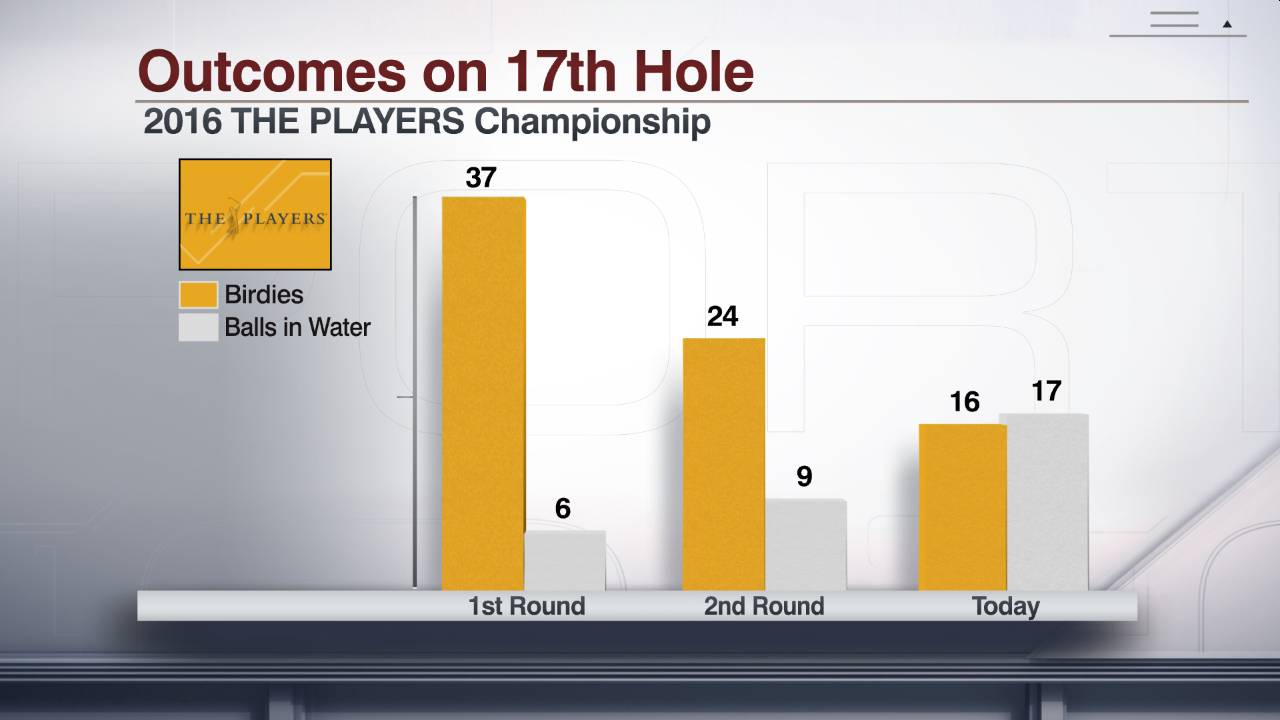