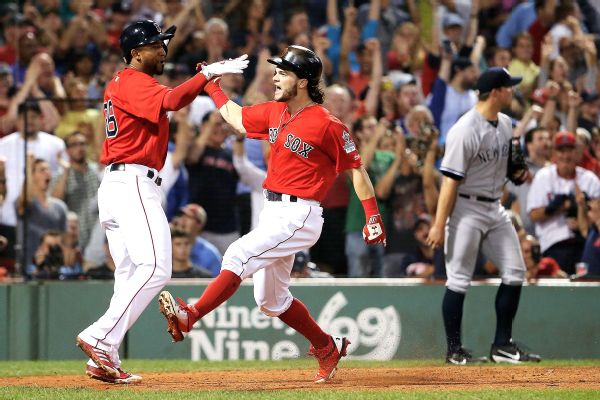 The Boston Red Sox have presented to the commissioner's office what they say is video evidence of the YES Network maintaining a fixed camera on bench coach Gary DiSarcina during a recent game at Yankee Stadium, a source told ESPN.

That particular camera shot was one of those that the Red Sox received in their video room feed, and according to a source, they were so concerned about it -- and about whether it was being used to steal signs from DiSarcina -- that they had their bench coach alter his position in the dugout.

An industry source also indicated that the Red Sox were aware of that particular camera angle being used by the New York Yankeeson at least one other occasion, but that this time they had captured the images that were forwarded to the commissioner's office.

Sources also indicated on Wednesday afternoon that as this issue began to fester in recent weeks, the hope of the commissioner's office was that the rivals would keep their sign-stealing allegations under wraps and out of public consumption.

But the New York Times broke the news Tuesday afternoon of the Yankees' allegations of the Red Sox stealingsigns, exposing a story that now promises to hang over the two teams well into 2018.

The Times reported that the Red Sox admitted to Major League Baseball they used an Apple Watch to steal signals from opposing catchers -- including the Yankees -- and relay them to Boston players. While swiping signs has long been part of the game, using electronic devices to do it is against the rules.