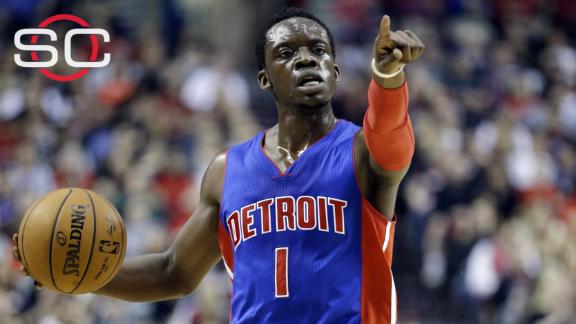 The contract has no options for either team or player, the sources said.

Jackson was the center of intense trade talks at the deadline before the Oklahoma City Thunder shipped him to the Pistons in a three-team deal involving the Utah Jazz. The Thunder also were in serious discussions with the Brooklyn Nets for Jackson.

Detroit, after losing Brandon Jennings to a season-ending Achilles injury, turned to Jackson and are investing in him as their starter of the future. The Boston College product averaged 17.6 points, 9.2 assists and 4.7 rebounds in 27 games with the Pistons.

Jackson, 25, recorded two triple-doubles and had 23 points and 20 assists against Memphis on March 17.

The Pistons are looking forward to building their team around the restricted free agent and big man Andre Drummond. The Pistons acquired stretch forward Ersan Ilyasova from the Milwaukee Bucks in a June trade, but lost center Greg Monroe to the Bucks via free agency last week.

They also picked up three role players, including Marcus Morris from the Phoenix Suns, and signed free-agent center Aron Baynes away from the San Antonio Spurs.