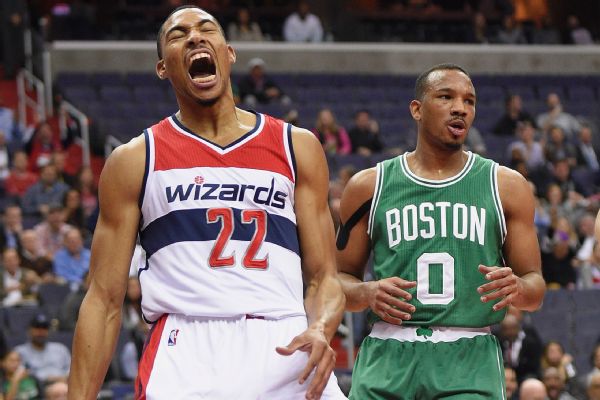 The Brooklyn Nets and restricted free agent Otto Porter Jr. have reached an agreement on an offer sheet that will pay the Washington Wizards forward the maximum of $106 million over four years, sources told ESPN's Tim MacMahon.

The Wizards have made it clear that they intend to exercise their right to match any offer to Porter, a source reiterated to ESPN's Ohm Youngmisuk on Tuesday night.

The Utah Jazz had also intended to make a run at Porter as well, following Gordon Hayward's decision to sign in Boston, sources told MacMahon.

News of Porter's agreement with the Nets was first reported by The Vertical.

The restricted free agent will cash in on a breakout season during a contract year.

Porter became a serious 3-point threat, increasing his shooting from behind the arc from 36.7 percent from the season before. He started 80 games and became a third scoring threat to complement John Wall and Bradley Beal.

After going scoreless in Game 6 of the Eastern Conference semifinals against Boston, Porter finished his season strong by bouncing back with 20 points and 10 rebounds in a Game 7 loss.

Porter was ranked No. 8 on the list of top available free agents this offseason by ESPN's Kevin Pelton.