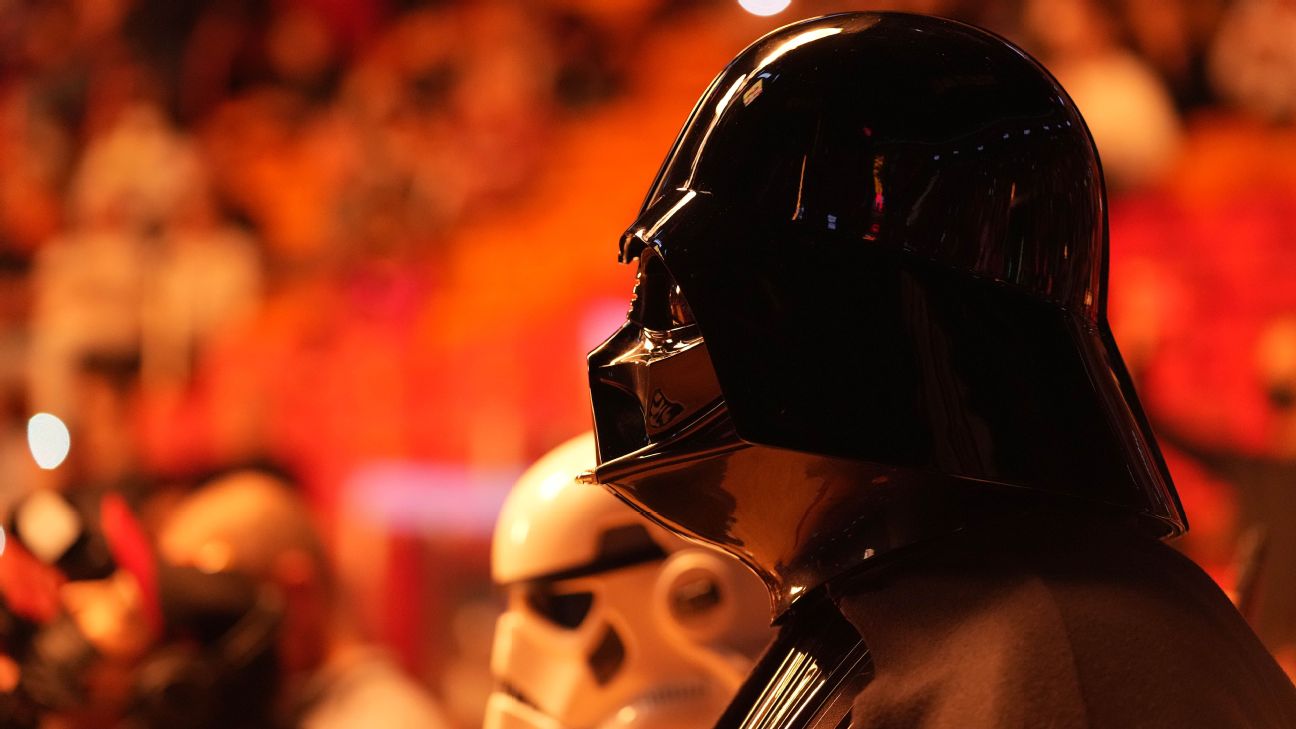 In May 1977, filmmaker George Lucas released the iconic "Star Wars." Since the sci-fi franchise's inception, it has become a classic in both film and television. The well-known catchphrase "May the force be with you" has been tweaked to "May the Fourth Be With You" in honor of the unofficial holiday for all things Star Wars on May 4.

The sports world is no stranger to the famous series, as many athletes have used the film as inspiration for outfits, props and celebratory dances throughout the years.


Some teams have used the Star Wars brand for trolling purposes. Missouri Tigers football head coach Eli Drinkwitz brandished a lightsaber this past college football season after his team defeated the Florida Gators 24-23 in overtime. It was a direct response to Gators coach Dan Mullen in 2020 when he wore a Darth Vader costume to the news conference after his team beat Mizzou 41-17.

With Wednesday being the celebration of Star Wars, sports teams and athletes are taking part in the fun. 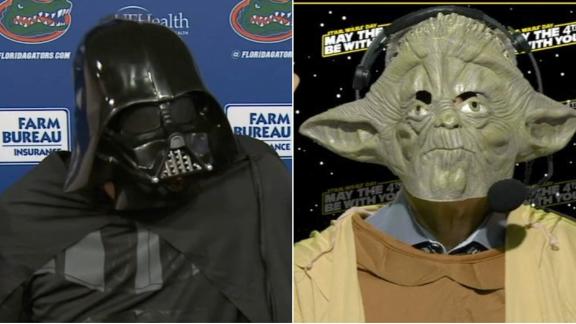