What's next for Lou Lamoriello and Barry Trotz in fixing the New York Islanders? 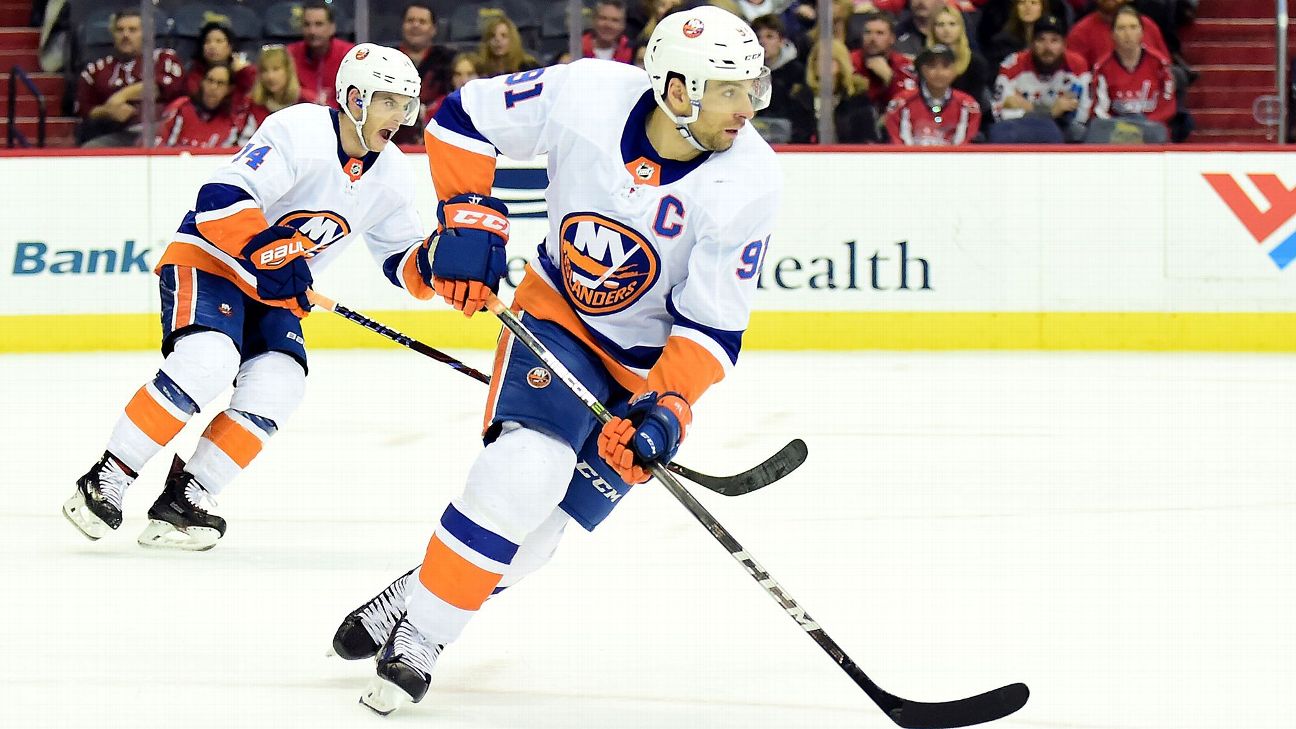 Ever since John Ledecky and Scott Malkin inherited principal ownership of the New York Islanders two years ago, the goal was to carry a once-proud organization back to respectability. The process slowly hit landmarks.

On the ice, the integration of 2015 first-round pick Mathew Barzal was a revelation. The center, along with surprise 40-goal scorer Anders Lee and a dependable Josh Bailey, played an integral role in New York's offensive awakening last season. Barzal ran away with the Calder Trophy with 85 points.

Off the ice, the new owners waded through yet another arena impasse and cleared the path for an eventual return to Long Island. The proposed new arena at Belmont Park racetrack won't open until 2021 at the earliest, but at least there's now a tangible destination.

Over the past month, the Ledecky and Malkin plan accelerated dramatically. In a series of perfectly aligned events, one of the most respected GMs in the league, Lou Lamoriello, became available thanks to a contract and power squabble in Toronto. Then last week, newly minted Stanley Cup-winning coach Barry Trotz -- who, among other great accomplishments, led the Washington Capitals to the league's best record over the past four seasons -- suddenly became a free agent. Again, it was a contract and power struggle. The Islanders gladly swooped in on both, and all of a sudden, a bright future feels within reach.

"I can tell you this," Trotz told reporters this week. "When I've done my research on the general manager in Lou and the organization, they are fully committed to making this a great franchise, which it has been in the past and it will be again."

But there is still work to be done. Here are three things New York's newest power duo needs to do to fix the Isles.

This one is obvious. The Islanders' immediate success will go as the superstar captain goes. Tavares, 27, is poised to be the league's highest-paid player when he signs a new contract this July. There's a growing sentiment that New York's addition of Lamoriello and Trotz will sway Tavares to loyalty. The Islanders, meanwhile, still have the advantage over the league's other 30 teams, as they have Tavares under contract until July 1, including a five-day contract window.

Lamoriello was on-brand when speaking to reporters at the draft Thursday, coyly saying: "We don't know what [Tavares] is thinking. But certainly he's a very important part of this franchise."

As reports surface of teams such as the Toronto Maple Leafs prepping full-on free-agent pitches, the Islanders can feel the outside heat. San Jose Sharks GM Doug Wilson, a man always looking to make a splash, cleared $4 million of extra cap space last week while wheeling-and-dealing with the Ottawa Senators and Florida Panthers. If Tavares is anything, it's calculated. The scuttlebutt at the draft was that Tavares still might listen to other offers. It's unclear whether his agent at CAA, Pat Brisson, will line up potential suitors at his Los Angeles office, similar to what Tavares' good friend Steven Stamkos and his representatives from Newport Sports did in 2016 before eventually re-signing with the Tampa Bay Lightning.

Bottom line is this: Tavares is the Islanders' best player since their dynasty in the 1980s, and he needs to stay for the team to have any chance at winning next season.

The Islanders played three goaltenders last season.Jaroslav Halak and Christopher Gibson are unrestricted free agents this summer and not expected to re-sign. That leaves 32-year-old Thomas Greiss, coming off a career-worst season with a .891 save percentage and 3.84 goals-against average as the lone returnee. He'll need help.

New York actually boasts a talented pipeline of goaltending prospects, including 22-year-old Ilya Sorokin (currently in the KHL) and 21-year-old Linus Soderstrom (SHL). However neither player's NHL debut seems imminent, especially the more talented Sorokin, who has no timetable for coming to North America. The Islanders will need to address goaltending externally.

The St. Louis Blues' Carter Hutton is believed to be the best free agent available. The 32-year-old played only 32 games last season and was hampered by foot and neck injuries, but still led the league in goals-against average (2.09) and save percentage (.931) among goalies who appeared in more than 18 games, posting a 17-7-3 record. Acquiring a backup and hoping he flourishes as a No. 1 certainly fits Lamoriello's MO (see: Cory Schneider with the New Jersey Devils and Frederik Andersen with the Maple Leafs).

That leaves Philipp Grubauer of the Capitals as a prime target, as Washington knows it can snag a decent haul for the restricted free agent. Only catch: Will the Capitals be willing to (a) deal within the division and (b) reunite a potential No. 1 goaltender with a coach with whom they just had a messy divorce?

The Detroit Red Wings' Jimmy Howard also might be an option on the trade market. The Islanders could do something as soon as this weekend as they have plenty of ammunition at the draft, with two picks in Friday night's first round (No. 11 and 12) and eight picks over the seven rounds. Another plus to the Trotz signing: He's expected to bring along longtime colleague/highly regarded goaltending guru Mitch Korn, whose time is all but up with the Capitals.

3. Shore up that defense

This responsibility is shouldered by both Lamoriello and Trotz. The GM needs to help out with personnel. The Islanders allowed the league's most goals last season (not to mention the league's worst penalty kill), and it wasn't just a goaltending problem. It didn't help when mostly dependable Calvin de Haan had season-ending shoulder surgery in December. De Haan and Thomas Hickey are UFAs likely moving on, and the rest of the group isn't much to write home about. (An exception for Ryan Pulock, who is worthy of a shoutout after showing some decent promise last season.)

It's a shallow free-agent pool this summer, but Lamoriello needs to take a dip. On the coaching side, Trotz can do his part. He has always had a reputation as a defensive-minded coach, and he'll implement his systems in New York. Just look at these past playoffs as an example of what a Trotz team is capable of, as the Capitals especially frustrated the usually speedy Lightning and Vegas Golden Knights with swarming neutral-zone pressure. The Islanders will want to maintain their identity as a fast team, but Trotz needs to implement discipline for a team that simply lacked commitment in its own defensive zone last season. Perhaps nobody knows that better than Trotz, who saw plenty of the Islanders within the division.

"We've got to clean up the back end in terms of playing without the puck, get our goals against down," Trotz said Thursday. "But this team is exciting."
Report a correction or typo
Related topics:
sportsespnhockeyaction planemily kaplanfree agencyoffseasonnew york islanderslou lamoriellogoaliesnhldefensejohn tavaresbarry trotzdraft
Copyright © 2021 ESPN Internet Ventures. All rights reserved.
More Videos
From CNN Newsource affiliates
TOP STORIES