WNBA's Breanna Stewart, Bria Hartley open to 3-on-3 in Olympics 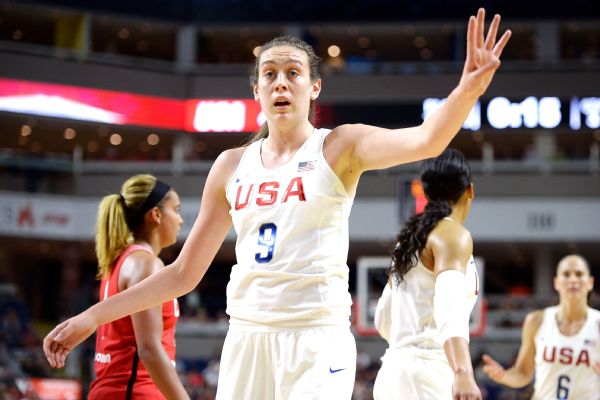 With the Olympics adding a 3-on-3 format for the 2020 Tokyo Games, count Breanna Stewart as one WNBA player who would love the chance to play in both basketball events.

"Sure, I'd love to do it,'' said Stewart, who won her first Olympic gold medal at the Rio Games. "Whenever I can put on a USA Basketball jersey. ... I'd be happy to.''

"Definitely I would play in it again if offered the opportunity,'' said Bria Hartley, who was part of the first title team in 2012, pairing with fellow WNBA players Chiney Ogwumike, Skylar Diggins and Ann Strother. "It was so much fun and it's so fast-paced.''

The rules are made for up-tempo competition. With one 10-minute period, the 3-on-3 is a lot quicker than its 5-on-5 counterpart. A game can end even sooner if a team scores 21 points in less than 10 minutes. If the game is tied after 10 minutes, it goes into overtime with the first team scoring two points in OT wins.