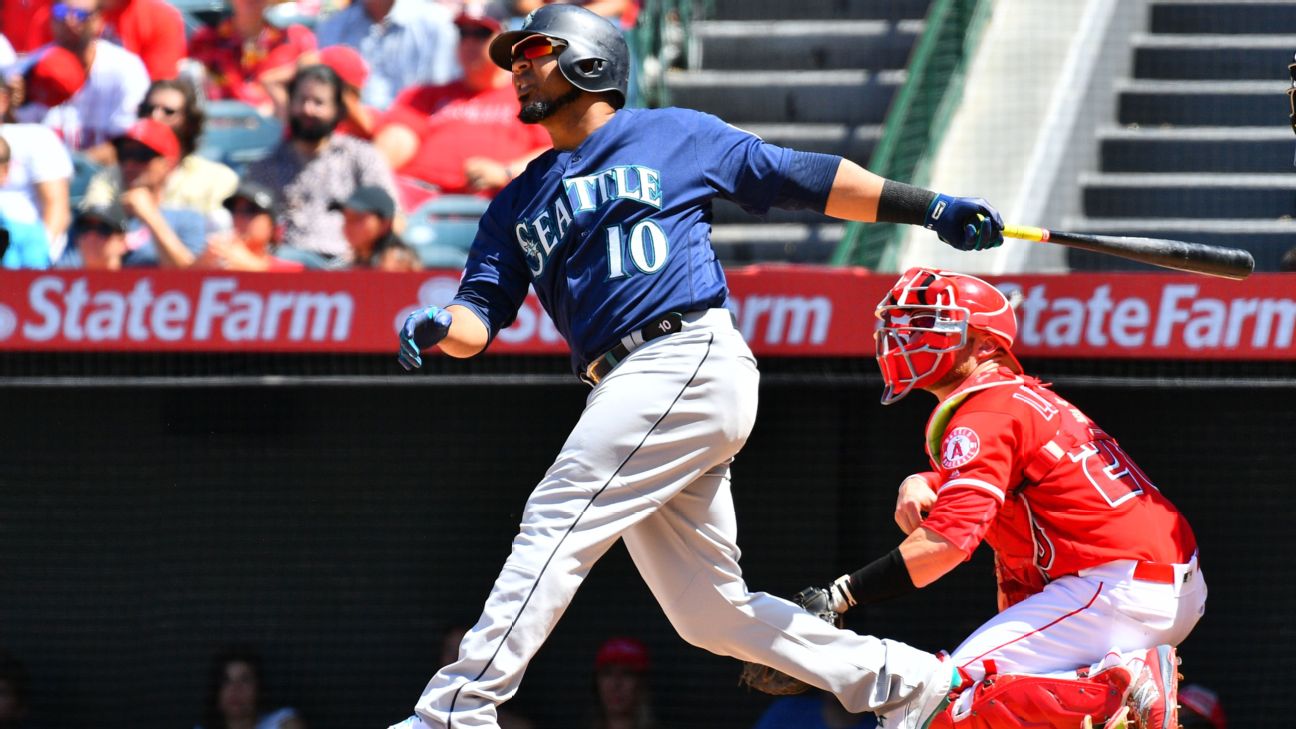 The Mariners are including significant money on Encarnacion's contract, which includes a $20 million club option with a $5 million buyout for the 2020 season, sources told ESPN's Jeff Passan.

Then, a19-year-old right-hander from the Dominican Republic, returns to the Mariners organization, from which the Yankees acquired him in 2017.

Encarnacion, 36, has hit 21 home runs this season in 65 games. The Dominican slugger has 18 career home runs at Yankee Stadium, his second most at any stadium that he has not previously called home, trailing only Fenway Park.

He will join the team Monday and be the Yankees' primary designated hitter, manager Aaron Boone said, adding that he might occasionally see some time at first base as well. The Yankees have been using a rotation at designated hitter, with a group that, of late, has included regularsLuke Voit and Gary Sanchez as well as Clint Frazier -- and any other player in need of a partial day off.

"There's always room for good players," Boone said, laughing, before the trade was officially announced. Boone admitted to hearing some "rumors" of the trade during the Yankees' 8-4 winover theChicago White Sox.

In a matter of days, Giancarlo Stanton and Aaron Judge could join the list of Yankees DHs, as they are wrapping up rehab assignments with Triple-A Scranton/Wilkes-Barre. Stanton already is expected back in pinstripes Tuesday, when the Yankees take on the Tampa Bay Rays in the second game of a three-game home series.

"I don't know what he felt about his situation [in Seattle], but I think anybody's excited to come to the Yankees with the potential that we feel like we have this year," said Yankees starterJ.A. Happ, Encarnacion's former teammate in Toronto. "He's going to fit right in with our lineup. Taking a little pressure off other guys is a good thing."

Encarnacion, who has missed Seattle's past three games because of back soreness, also could provide added depth at the corner infield positions, where he has played before, and where the Yankees have need.

Gio Urshela has come along as New York's primary third baseman in the wake of Miguel Andujar's season-ending shoulder injury in April, and Voit emerged in spring training as the starter at first base. Although slick-fielding infielder DJ LeMahieu will play both positions virtually weekly as part of a rotation now that shortstop Didi Gregorius is back from the injured list, there's really no one else behind Urshela and Voit.

First baseman Kendrys Morales was traded to the Yankees from Oakland last month, but he has struggled in his time in the Bronx. Including a three-hit game last Tuesday against the Mets, Morales is hitting just .194.

Following that strong afternoon in the Subway Series, Morales was put on the 10-day injured list with a left calf strain. Boone said earlier this weekend that the IL stint would be short.

But now with Morales out of the mix and his spot on the 40-man roster in apparent jeopardy, Encarnacion could be given his opportunities at first base. In Seattle this season, Encarnacion had split duties at first base and at DH, and he also played an inning at second base in a game in the Bronx last month. He hasn't played third since 2013.

However Encarnacion fits in the lineup, Happ believes he will be a perfect addition to the clubhouse.

"He doesn't say a lot, but he works hard and he's prepared," Happ said. "Those are some of the reasons I think he's going to really enjoy it here."

The trade largely was a surprise to Yankees fans, who have been vocal the past few weeks in asking for pitching help. With Yankees starters struggling with giving up the long ball in the first two games of their series in Chicago, that need has suddenly become more apparent.

Encarnacion has hit 284 of his 401 career home runs since the 2012 season, the most of any player in the league in that span, and he is on his way to an eighth straight season of at least 30 homers. In the past seven, he's had at least 32 homers and 98 RBIs.

He was in his first season with Seattle after the Indians traded him for Carlos Santana and cash in December as part of a three-team trade that also saw Jake Bauers move from Tampa Bay to Cleveland. 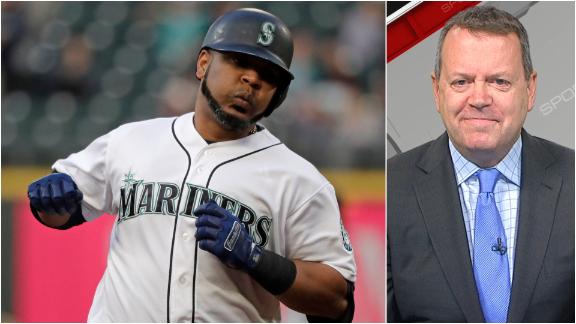 Yankees add Encarnacion to potent lineup
Buster Olney breaks down what the addition of Edwin Encarnacion means for the Yankees' lineup. 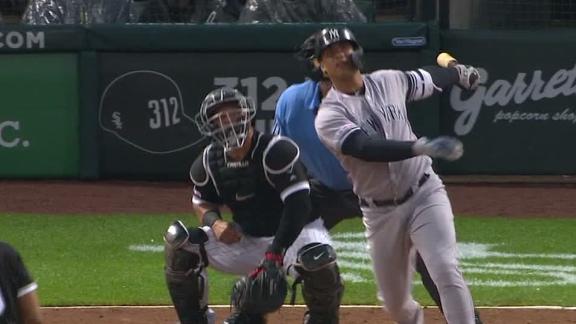