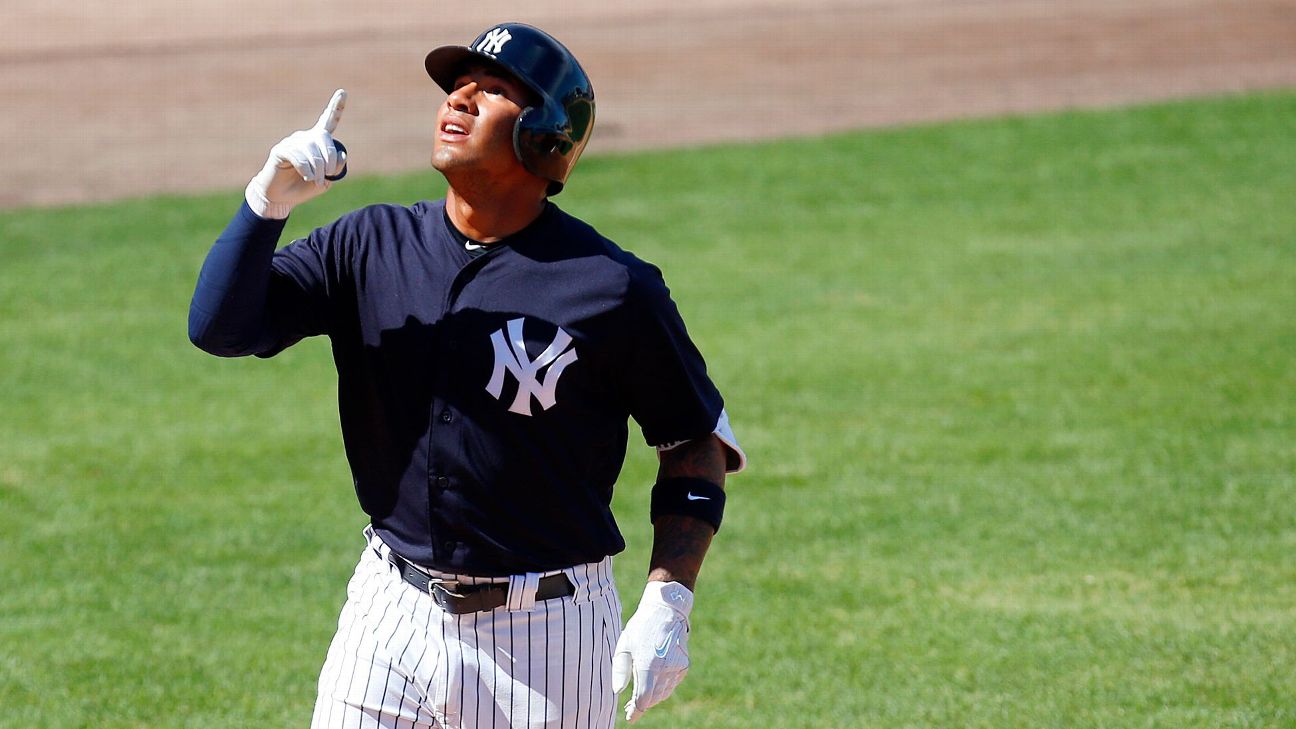 NEW YORK -- Yankees general manager Brian Cashman has reached out to about 20 teams since the end of last week's Major League Baseball draft to see just what it will take for his club to land a new starting pitcher ahead of next month's trade deadline.

He promised that more phone calls to other teams are coming.

"This team has really earned the right to get reinforced if we can possibly find a way," Cashman told reporters before Friday night's game against the Tampa Bay Rays. "We really like the team we've got, and we'd certainly love to make it better if it's possible."

But if the Yankees are able to complete a trade for a dominant starting pitcher in the coming weeks, don't expect rising star Gleyber Torres to be part of it. Cashman has ruled the Yankees' potential Rookie of the Year candidate as untouchable in any trade scenarios.

"Come on now," Cashman said, grinning at a reporter. "I've got to walk around this city."

As the Yankees entered Friday with the majors' best winning percentage, Torres, a 21-year-old second baseman, came in leading all rookies with 13 homers and 33 RBIs. Each of his homers have come since May 4. In that span, only two players have hit as many home runs: Boston's J.D. Martinez (16) and Oakland's Khris Davis (13).

Torres' most recent homer came in Thursday's series-opening win over the Rays. A go-ahead three-run shot, the 393-foot blast proved the game-winning hit in the Yankees' 4-3 victory.

"I've talked about his instincts in the field a lot, and that carries over to the plate," Yankees manager Aaron Boone said. "But also he's just really talented. The swing that he has gives him an opportunity to make [in-at-bat] adjustments and be successful."

Power wasn't necessarily expected to be part of Torres' repertoire when he was called up April 21. Across nearly 1,400 at-bats in his minor league career, he hit just 24 home runs. His 13 in the big leagues in just 156 at-bats have pleased Cashman and others around the team.

"We always knew he was a great hitter," Cashman said. "But yeah, he's clearly swinging a stronger power bat. I'm not complaining.

"It's good to be pleasantly surprised, and I appreciate it and look forward to more."

While Cashman made it clear the Yankees are holding on to Torres, he also wasn't shy in making it known that the team would like to add an arm by the trade deadline. That sentiment echoed others made earlier this week by Yankees managing general partner Hal Steinbrenner.

"Clearly, starting pitching was always a concern," Steinbrenner said. "Purposely left a decent amount of money just for this. If we decide to go get a pitcher, and if a pitcher's available, I think we definitely have the flexibility that would allow me to do just that."

Until Tanaka returns -- Cashman still believes he will be out for about a month -- the Yankees have turned to a rookie as his replacement. Jonathan Loaisiga, a 23-year-old who had been pitching at Double-A, made his major league debut Friday night, pitching five innings of shutout ball to pick up the win in the Yankees' 5-0 victory over the Rays.

In the meantime, Cashman's hunt for pitching help continues.