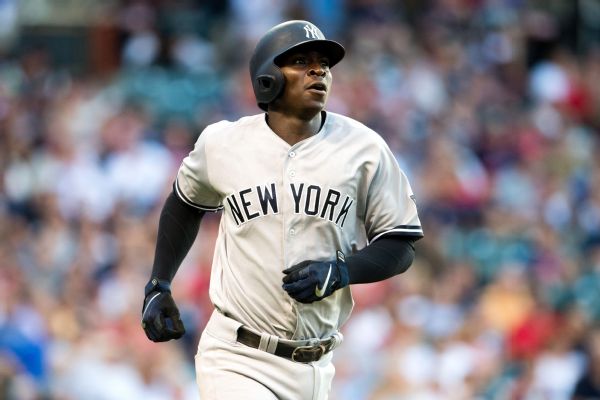 Gregorius will have missed the first 20 games of the Yankees' season due to a shoulder strain he suffered during the World Baseball Classic.

The Yankees have not lost that much with Gregorius out, because his replacement, 5-foot-7 Ronald Torreyes, entered Thursday hitting .290 and was tied for second on the team in RBIs (13).

"We have been kind of fortunate that Torreyes has played so well," Girardi said.

"Didi is a great player," Yankees general manager Brian Cashman said. "If we are getting the same guy we have seen for the last year-and-a-half, it is going to make us better and more comfortable every day and give Joe obviously a deeper lineup.

"Torreyes has done a great job, but, at the end of the day, we look forward to getting Didi back."

If Gregorius were healthy, Jacoby Ellsbury would have likely started the year at seventh or ninth in the order. But Ellsbury was hitting .314 entering Thursday, earning the right to be at the top of the order. Girardi thinks he will bat Gregorius in a power spot, but wouldn't reveal where.

"You would think he is going to hit somewhere in that middle area," Girardi said. "I'm going to have to figure out how to separate the lefties."