Yanks put Sabathia back on IL with knee issue 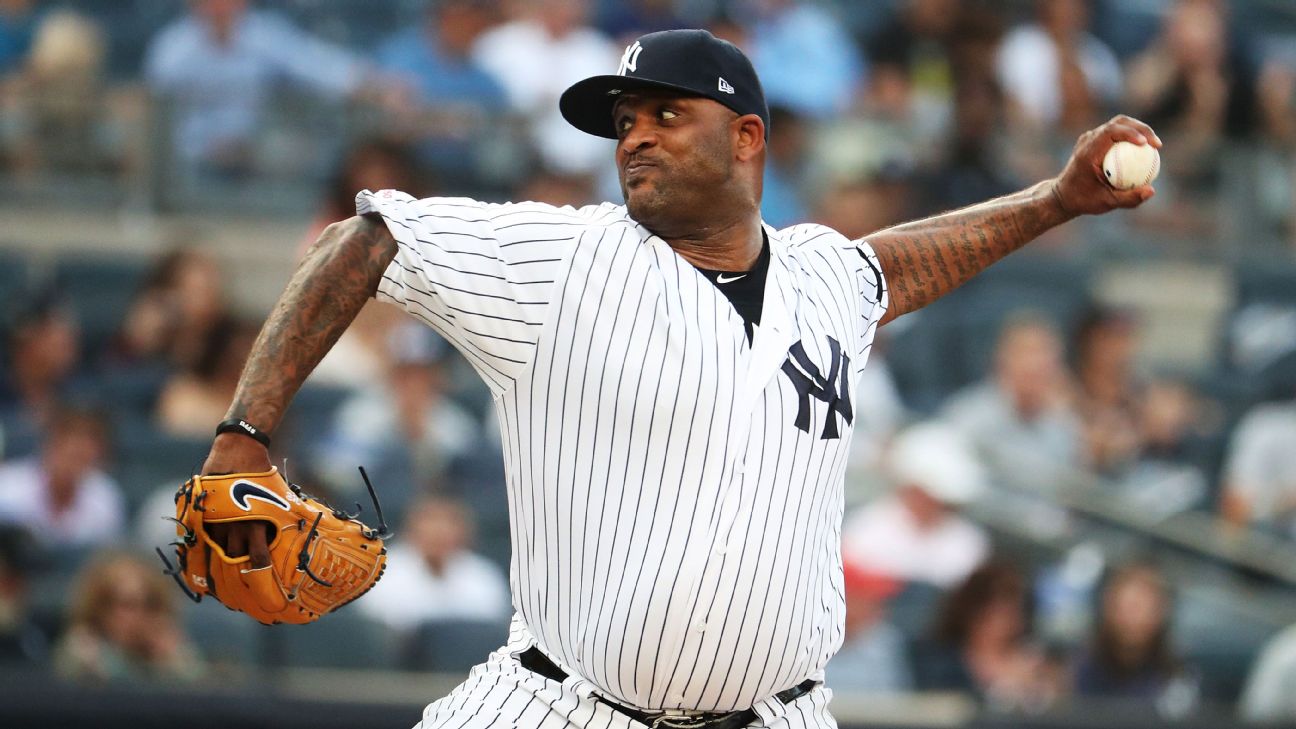 NEW YORK -- CC Sabathia was placed on the injured list Saturday for the fourth time this year by the New York Yankees.

The 39-year-old lefty, who plans to retire after the season, was removed from his start Friday night against Oakland due to a recurrence of pain in a balky right knee that has bothered him for years. He was put on the 10-day injured list with right knee inflammation, and the Yankees recalled right-hander Jonathan Loaisiga from Triple-A Scranton/Wilkes-Barre.

Sabathia was scheduled to have his knee drained and receive a cortisone shot Saturday. He could be given another lubricant injection as well, all part of a treatment and maintenance regimen that has become common for the six-time All-Star over the past few years.

Sabathia has struggled since the All-Star break, going 0-4 with a 7.77 ERA in six starts, but hopes to return this season. How much the AL East leaders could expect from him, however, is uncertain. He is 5-8 with a 4.93 ERA in 20 starts overall, and manager Aaron Boone didn't want to speculate about whether the rest of Sabathia's final season is in jeopardy.

"I think there's a realistic chance that he would be back and could even be back pretty shortly," Boone said. "But we'll just have to see how it responds in these coming days to the shot and to the draining and everything.

"Everything's on the table, but first things first is getting this thing right and getting him back to a point to where he's able to pitch again. But we're not there yet."

He was sidelined in early April, from May 23 to June 2, and then from July 28 to Aug. 17. He made his third start since returning from the injured list Friday and allowed one run in three innings.

Sabathia was pulled after 48 pitches because the pain in his surgically repaired knee was "a 10," he said, and he acknowledged he was frustrated. He saw a doctor during the game.

The pitcher tweaked his knee while batting during a series at Dodger Stadium last weekend and it hasn't felt right since.

"Last night was tough," Boone said. "I know he was in a lot of pain. You're kind of fighting that. I have so much respect for this guy, what he's doing and what he puts himself through.

"He just competes. He's a warrior, he really is. So there are a lot of emotions running through me as he's coming out of that game where he's performing and in that last inning goes through the top of their order. And I know he's out there in a lot of pain and just doing it on guile, you know? So hopefully he's able to get back for us and continue to be a contributor, but it has been tough knowing that he's got to deal with this and still trying to go out and get really good hitters out."

In other injury news, slugger Edwin Encarnacion has been hitting on the field and could go to Triple-A on Sunday to begin a rehab assignment that would likely last a couple of days. He might even be able to return on the current homestand that concludes Wednesday against Texas.

"It looks like it's imminent in the coming days," Boone said.

The designated hitter and first baseman has been out since Aug. 3 with a broken right wrist, and Boone said getting Encarnacion back would be huge.

"He's such a presence in that lineup," Boone said. "Even on the at-bats or the days he's not getting hits, I mean, you can feel his at-bats. You know the pitcher and the opposing team can feel his at-bats. So, he's kind of a guy we're certainly very excited to get back in the mix and just to add that length to our lineup that allows us to be a little bit more consistent on a nightly basis." 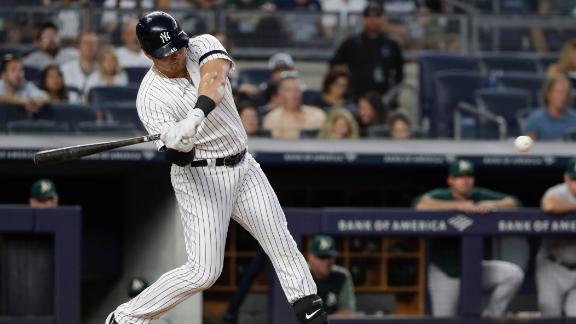