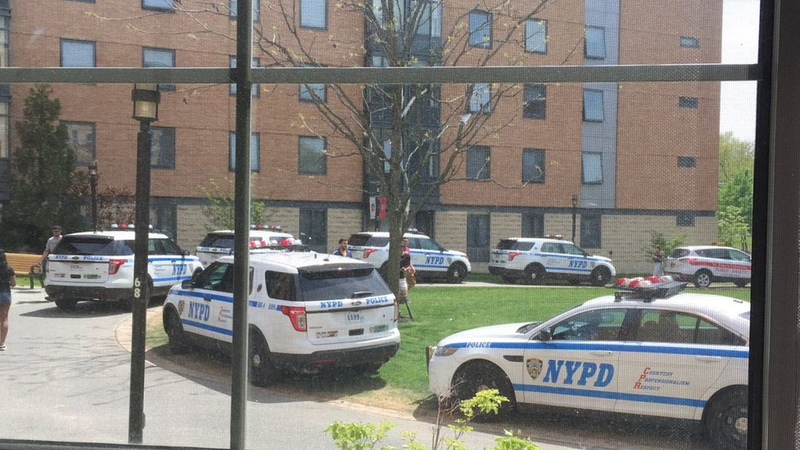 Shot fired during robbery inside dorm at St. John's University

JAMAICA ESTATES, Queens (WABC) -- Three men have been charged after a shot was fired at St. John's University Wednesday during an apparent Xanax sale that turned into a robbery of four students in their dorm room.

Mustafa Godbolt, 21, of North Babylon, who appears to have been expelled from the school, fired the shot during a struggle with the four students, according to the New York City Police Department.

Godbolt was with Tyrell Sutton, 17, also of North Babylon, and Anthony Gusthas, 18, of Queens.

Godbolt was in possession of 149 Xanax pills at the time of his arrest, police said.

Around 1:25 p.m. Wednesday, police said the three went into a room in Hollis Hall on the Jamaica Estates campus, and tried to rob four students who live there. The shot that was fired hit a chair and then the wall. No one was injured.

The three then took off without getting anything, police said, and they were arrested by New York City Police officers at 167th Street near the Grand Central Parkway. A gun and a knife were recovered.