Woman critical after being stabbed in neck outside Manhattan dollar store 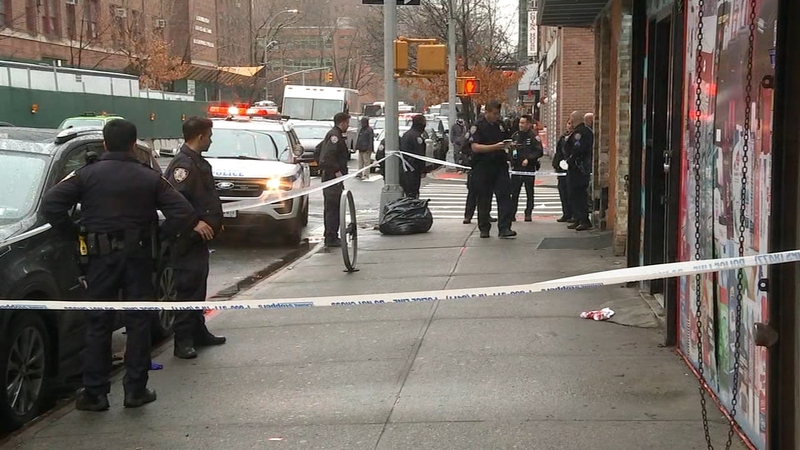 Woman stabbed in the neck outside East Harlem dollar store

EAST HARLEM, Manhattan (WABC) -- A woman was critically injured in a stabbed outside a Manhattan dollar store Thursday afternoon.

The dispute started around 3:15 p.m. inside the D and Z Dollar Plus on Madison Avenue and East 109th Street in East Harlem and spilled outside.

Surveillance video shows the 28-year-old victim fighting with the other woman on the sidewalk, during which she was apparently stabbed in the neck.

She was rushed to St. Luke's Hospital in critical but stable condition.


The suspect, a woman wearing a black shirt and blue jeans, fled the location.

Police say the victim and the suspect are known to each other, but further details have not been released.

Inside the dollar store, towels were soaked in blood up and down the aisles. Employees were left wiping and cleaning everything up.

Residents in the neighborhood were left shaken by the violence.

"It's not like before New York. It's not safe. It's horrible. It's terrifying," said Sonia Badreddine.

The investigation is ongoing, and no arrests have been made,