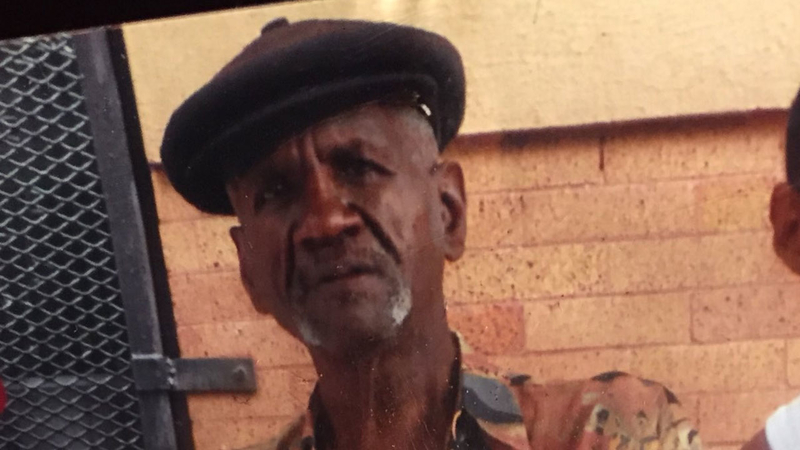 MOTT HAVEN, Bronx (WABC) -- Police are searching for a killer after a beloved man was stabbed to death in the Bronx, and family members have identified a person of interest authorities are now looking for as the victim's own nephew.

From handing out money to random kids, to helping people with their bags and strollers, neighbors say 73-year-old Owen Dillard gave a great deal to this Mott Haven community before his life was violently taken Monday night.

Detectives were back in the morning searching for clues to help them find his killer.

"He touched so many people, it's unbearable right now," neighbor Michael Milliner said. "For real, I feel like I'm dreaming. Can't sleep."

Numb with agony, those who knew Dillard best say his legacy will live on through the many lives he touched with his smile, wise words and generosity.

"I have twins, and every time I come out, he's there with me, always helping me with the stroller," neighbor Charles Koroma said.

A desperate 911 call from his fiancee first brought police to his Beekman Avenue apartment around 8:30 p.m.

When investigators arrived, they found Dillard stabbed multiple times in the neck inside his third floor unit.

Family members say Dillard recently won $50,000 playing the lottery, but so far, police have not stated a motive for his murder.

Another nephew, Shabazz Muhaymin, tells Eyewitness News Dillard was terminally ill and had been recently told by doctors that he had only months to live.

"All he wanted to do was just live his life out comfortably," he said.

He said police showed him video of two men wearing hoodies at the front door of the building carrying a bag. He said they stayed inside for nearly a half hour and then exited with a full bag, but that he did not recognize them.

"Video shows two individuals entering the lobby...and exiting about 20 to 25 minutes later with a book bag on their back, and the book bag seemed to be full," he said. "It wasn't full when they entered the building."

Neighbors remembered him handing out money to strangers.

"He sat right there by that store, and every kid that walked by, he gave money to randomly," Milliner said. "Just gave money. What kind of man does that?"

Holding on to memories of him inside his garden across the street and playing chess and dominoes at the corner bodega, many throughout the Mott Haven community are praying for justice.

"I hope you get caught," Milliner said. "You really need to get caught, OK, because that was uncalled for."

So far, police have not made any arrests. They're asking anyone with information to call 1-800-577-TIPS.