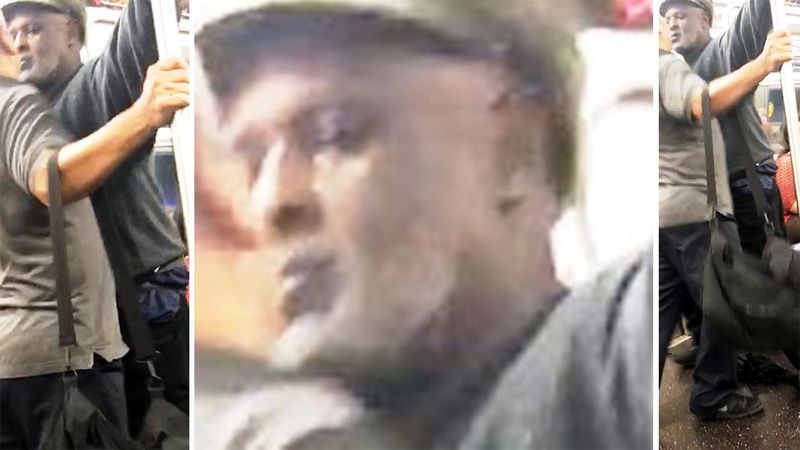 FOREST HILLS, Queens (WABC) -- A 40-year-old man was stabbed in the chest Wednesday afternoon after police say he tried breaking up an argument on a F train in Queens, and authorities are hoping a photo of the suspect will lead to an arrest.

Investigators say the victim was on a northbound train at the 75th Avenue station in Forest Hills just after 5 p.m. when he tried to step in between a man and a woman arguing.

Police say the man then stabbed the person trying to intervene, and the victim managed to stumble out of the station. He collapsed just outside the entrance.

The man was taken to Jamaica Hospital in serious but stable condition.

"I would think this would happen maybe in the middle of the night, early in the morning, but not at this time during rush hour," one commuter said.

Witnesses say the suspect, who fled the scene, appeared to be homeless.

The woman with whom he was arguing remained at the scene to wait for police.

Investigators say it remains unclear whether the suspect knew the woman.