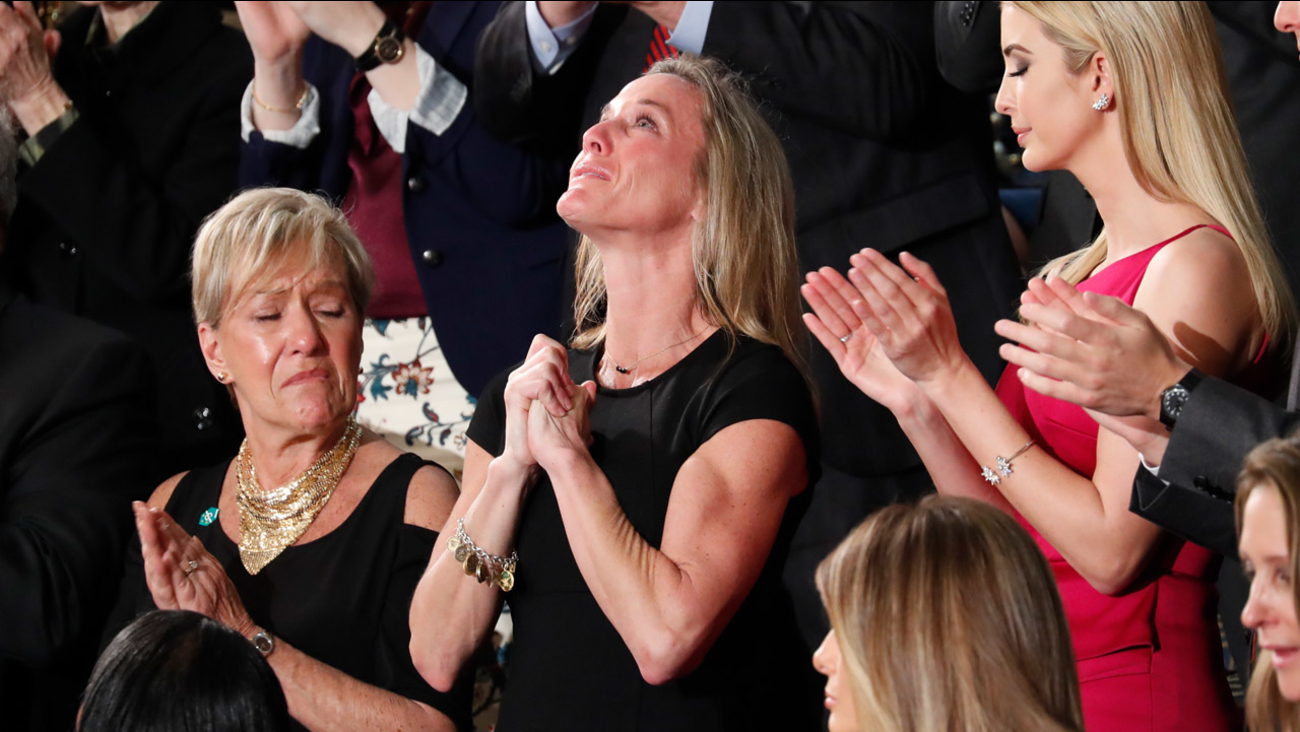 WASHINGTON -- The widow of a U.S. Navy SEAL killed in Yemen stood in the balcony of the House chamber, tears streaming down her face as she looked upward and appeared to whisper to her husband.