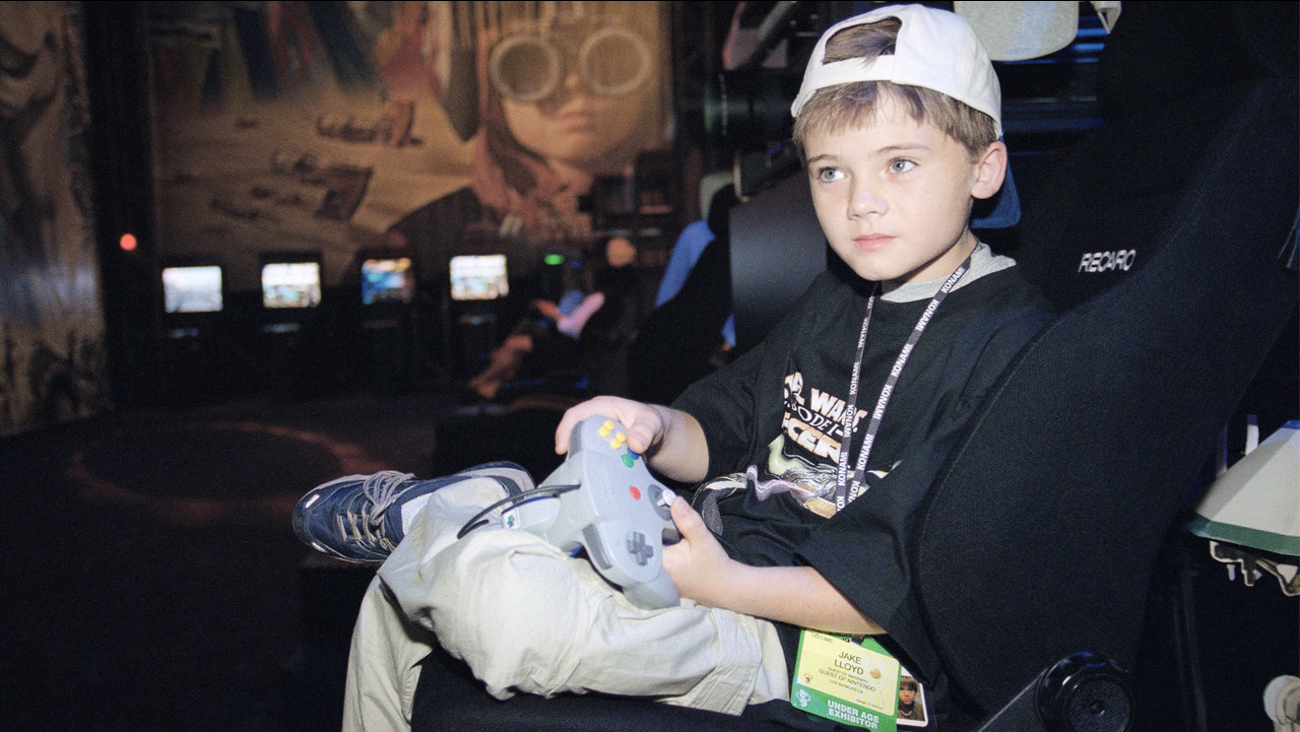 Jake Lloyd, who portrays young Anakin Skywalker in the film "Star Wars Episode 1," plays a game during the Electronic Entertainment Expo in Los Angeles on May 13, 1999. (AP Photo/Kevork Djansezian)

WALTERBORO, SC -- A former child actor who starred in one of the "Star Wars" movie sequels faces charges after leading South Carolina deputies on a high-speed chase.

Strickland said the man gave his name as Jake Broadbent. He has a birthdate that matched the actors' listed by a movie database and a hometown of Fort Collins, Colorado, where Lloyd was born.

Strickland said the man was charged with reckless driving after hitting speeds over 100 miles an hour before crashing into trees off Interstate 95. He remained in jail Sunday.