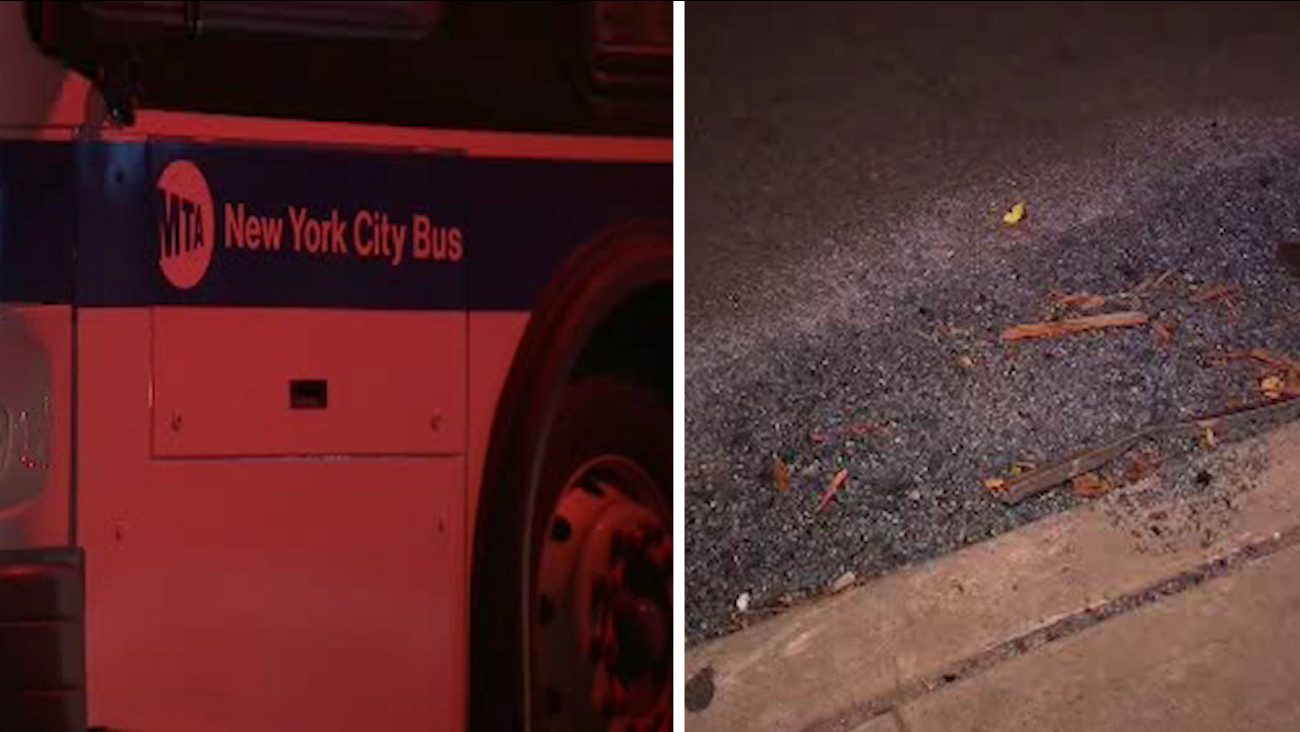 WEST BRIGHTON, Staten Island (WABC) -- An MTA bus crashed after it was stolen by an armed man in Staten Island.