When he takes office, Biden will be left with a choice: Keep Trump's policy in place, or go bigger and cancel debt altogether, a step some Democrats argue Biden can take without Congress

President Trump's order from Aug. 8, 2020, lets borrowers with federally held student loans to continue to have the option to defer payments with no penalty.

Student loan borrowers haven't had to make payments since March -- but that piece of federal pandemic relief is set to expire on December 31, unless President Donald Trump or Congress act to extend it.

If neither push the deadline back, millions of student loan payments will come due a couple of weeks before President-elect Joe Biden takes office on January 20. Even if Biden reinstates the pause retroactively, it could create confusion for borrowers as well as a mess for student loan processors who aren't built to suddenly stop or start payments -- all while the economic recovery slows and Covid-19 cases surge.

And either way, Biden will be left with a choice: Keep Trump's policy in place, or go bigger and cancel debt altogether, a step some Democrats argue Biden can take without Congress.

Biden on Monday sidestepped a question about whether he would use executive power to forgive student debt. Instead, he expressed support for the House Democrats' stimulus package, which would extend the suspension of payments through September 2021 and cancel some student debt.

"Legislation from the Democratic House calls for an immediate $10,000 forgiveness of student loans," Biden said.

"It's holding people up. They're in real trouble. They're having to make choices between paying their student loan and paying the rent, those kinds of decisions. It should be done immediately," he added.

Trump originally waived interest on student loans in March, as large parts of the economy began to shut down in response to the coronavirus pandemic.

A broader version of student loan relief was included in the $2 trillion economic stimulus package signed into law two weeks later. Under the program, the US government automatically suspended payments and waived interest on federal student loans through September. Trump later moved the expiration date to the end of the year by executive order.

The suspension and interest waiver applied only to federally held loans, which covered roughly 85% of federal student loans. That included loans known as Direct federal loans, as well as PLUS loans that parents may have taken out on behalf of their children.

It excluded some federal loans that are guaranteed by the government by not technically held by it. Generally, those were disbursed prior to 2010.

The emergency moves came after years of debate among Democrats over how to ease Americans' gigantic student loan debt.

Yet, unlike more progressive Democrats, Biden did not initially include student debt cancellation in his campaign platform. But he eventually embraced a plan to forgive $10,000 per borrower to help families during the pandemic as part of a July report released by a joint task force with Sen. Bernie Sanders, his longest lasting opponent in the Democratic primary election.

Progressive Democrats already appear ready to pressure Biden to uphold this pledge, including Massachusetts Sen. Elizabeth Warren, who's urging Biden to "cancel billions of dollars in student loan debt" on day one. Warren, along with Senate Minority Leader Chuck Schumer, called on Trump in September to cancel $50,000 in student loan debt per borrower.

Warren argues that the secretary of education has the authority to broadly cancel federal student loans, a claim backed up in a memo from lawyers at Harvard's Legal Services Center and its Project on Predatory Student Lending.

But Biden may be reluctant to wipe away debt unilaterally and prefer it come from Congress -- which will remain divided unless Democrats sweep two runoff Senate elections in Georgia on January 5.

"The Secretary does have some power to cancel student debt. But there is both a legal and a practical question of how far the administration can go," said Robert Shireman, who served in the Obama administration as deputy undersecretary of education and is currently a senior fellow at The Century Foundation.

What is more clear is that the secretary of education can cancel student debt for borrowers who were defrauded by their colleges.

This has been happening for years, though Secretary Betsy DeVos has rolled back Obama-era rules that made the process easier for those students to seek relief.

There are thousands of borrowers who say they were defrauded by now-defunct for-profit colleges like Corinthian and ITT Tech and have been waiting for years for the Education Department to process their claims.

The National Student Legal Defense Network, founded by former Education Department officials, is urging Biden to use executive authority on day one to cancel the student debt for defrauded students and those whose colleges have closed, as well as the debt of permanently disabled individuals. That could provide relief for hundreds of thousands of borrowers. 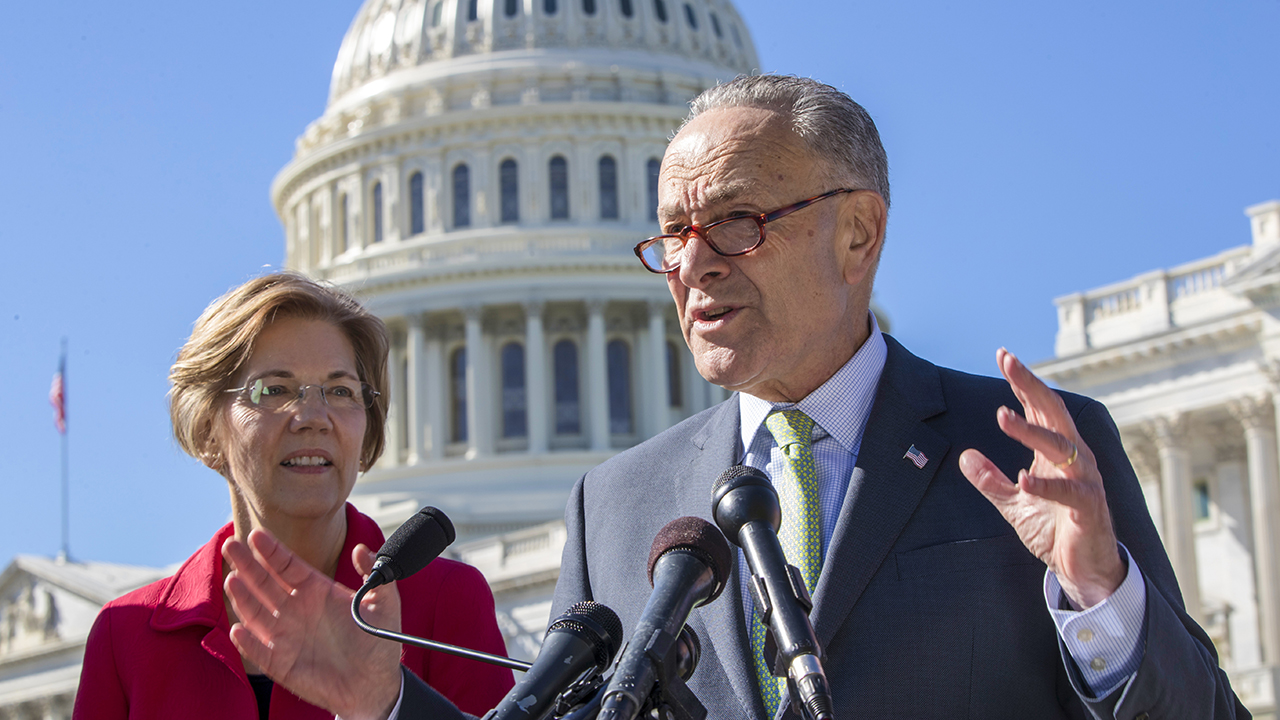