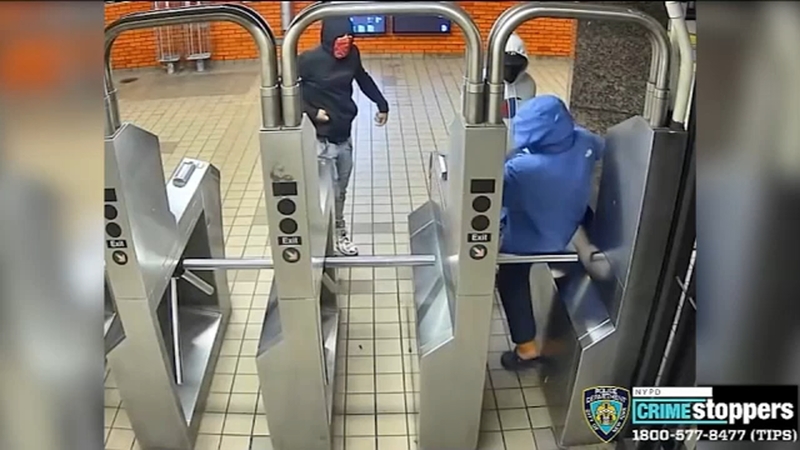 Rash of crime on the subway system over Memorial Day weekend

NEW YORK CITY (WABC) -- There was a rash of subway crimes over the Memorial Day weekend.

Detectives have their hands full with several recent attacks on the subway, one of them on the Upper East Side and several others in Queens.

Police released surveillance video of a man wanted in a string of violent muggings in and around Jamaica.

He was wearing a black hoodie with a yellow Nike logo.

Police are investigating four violent robberies in train stations along the E and F lines throughout the month of May, and usually starting with a demand for money.

Then on Sunday afternoon, another video shows a brutal attack inside the Lexington Avenue - 59th Street station on the Upper East Side.

Police say the attackers had on distinctive footwear, one wearing NBA Timberlands and the other with Nikes.

The two attackers demanded money. The 64-year-old victim refused and was brutally beaten and slashed at the turnstile.

The victim, who had just left a prayer service, was slashed across the forehead and left in the near-empty station bleeding.

"Hit me two time here, in this eye and this eye and the other guy. He bring razor and go like that. And the blood start coming and took the money and disappeared," the victim said.

This all comes amid a war of words between the mayor and the MTA, which has charged the police are not visible enough across the system. The city recently pledged 250 additional cops, but it did not help in preventing these crimes.