Subway crime up some, but officials say no reason to worry 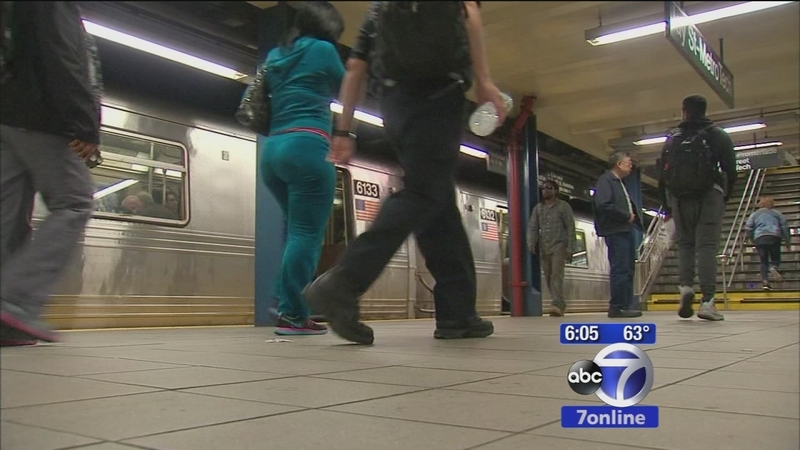 Subway crime is up, but officials say that's no reason to worry

NEW YORK (WABC) -- There's an increase in violent crime in New York City, murders this year are up 19%.

Next week, the NYPD will move more than 300 officers to high crime areas.

Felony crimes in subways are also up, but that increase is much smaller.

When you look at the millions of riders every day, the chance of being a crime victim on the subway is remote, but still we all have a tendency to worry.

Chief Joseph Fox is well aware of that concern. He's the head of the NYPD Transit Bureau and is now investigating the case of the recent subway push suspect.

Police say on Monday he pushed a transgender woman onto the tracks at Bleeker Street in the village.

Chief Fox wanted to talk about this crime and all subway crime.

"And also to reassure that this is a relatively low crime rate. But an assault is an important crime to us and it's investigated thoroughly," Chief Fox said.

"I feel safe, but that's because I'm a big guy, but generally speaking depending on where I am I don't feel that safe," said Todd Rosenzweig, a subway rider.

"Yes I feel pretty safe, but anything can happen. A bomb could go off, I could get attacked, you just don't know," Gail Keller, a subway rider.

Chief Fox was clear the assault uptick is a concern, but he said keep it in perspective.

Today with a lot more riders, 5.6 million, there are still just six crimes a day.

"One of the safest systems in the world, historic lows, you're right to be aware of your surroundings and to make adjustments when you feel you should," Chief Fox said.