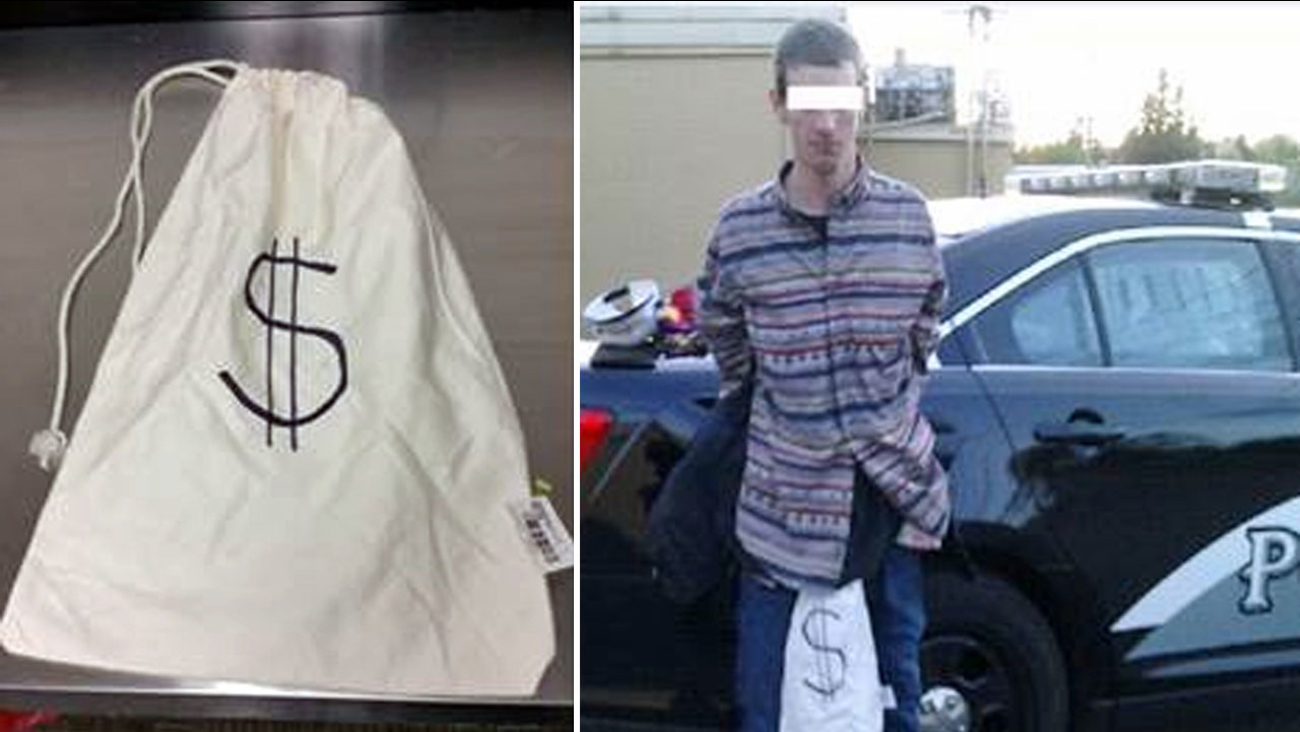 David Lingafelter, 22, was arrested and booked for robbery and obstructing after he allegedly robbed a Washington State Subway with a money bag donning a large dollar sign on it. (Olympia Police Department)

HOUSTON -- A man accused of robbing a Subway store in Washington State was arrested after authorities say they found him hiding behind a dumpster with a money bag donning a large dollar sign on the front.

The Olympia Police Department says the Subway employee was in the back room Wednesday when she heard the front door ring, signaling someone had walked in. As she toward the front of the store, she saw a man wearing a bandana concealing his face standing behind the sandwich counter.

He told her not to "do anything funny" then reached into his pocket, implying he was armed. The suspect then forced to the employee to open the cash register. He ordered the employee to put her hands on her head as took the cash.

The suspect then stole the employee's cell phone and a blue shopping cart before he fled the store. The employee immediately called police and reported the robbery.

Officers found the suspect at a nearby a grocery store, and when they commanded him to surrender, he ran behind the shopping complex. Officers eventually found him hiding behind a dumpster.

During a search of the suspect, they found a knife in his pocket, $100 cash and a smartphone that matched the description of the employee's missing phone.

"He also had a white canvas bag tied to the front of his pants that had a dollar sign printed on it," according to the Ol. The shopping cart was filled with consumer goods and seized for further investigation.