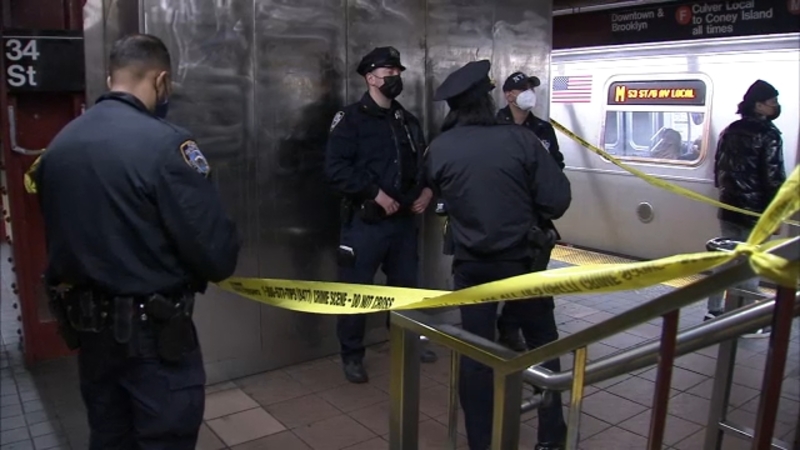 MIDTOWN, Manhattan (WABC) -- A woman was slashed in the leg after intervening in an attempted robbery on a subway platform in Manhattan Monday night.

The incident happened just after 6 p.m. at the 34th Street Herald Square station in Midtown.

Police say the 27-year-old woman was standing on a southbound M train platform when a man attempted to steal a purse from another woman, 33.

They say the 27-year-old attempted to intervene and was slashed in the leg.

She was taken to NYC Health + Hospitals/Bellevue, where she's expected to survive.

The victim who owned the purse managed to hold on to the bag and was not injured.

Police describe the suspect as a man in his 20s, last seen wearing a jean jacket.