Susan B. Anthony's gravestone gets plastic shield from 'I Voted' stickers 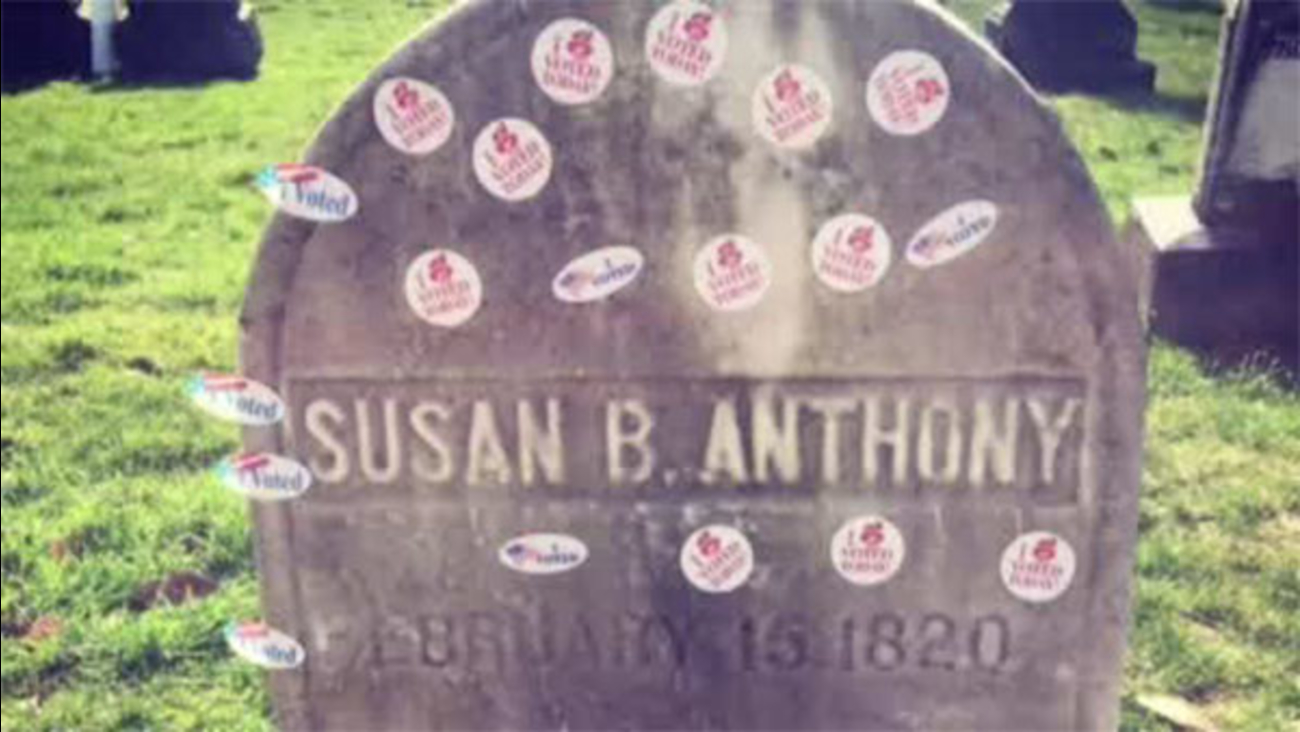 NEW YORK -- People putting their "I Voted" stickers on women's suffrage leader Susan B. Anthony's headstone will see something new this year: a plastic cover.

Her headstone, in a cemetery in Rochester, New York, now has a shield to prevent further degradation to the marble from the stickers' glue and the cleaners used to remove the stickers, the Rochester Democrat and Chronicle reported. Her sister Mary Anthony's headstone, just next to hers, was also covered.

The sticker trend became popular on Election Day 2016, said Patricia Corcoran, president of the nonprofit Friends of Mount Hope Cemetery, in an email. That day, as many as 12,000 people visited Mount Hope Cemetery, the sisters' final resting place, to honor the work done by Anthony to win women's suffrage and to memorialize the first time Americans could vote for a female major-party presidential candidate, Hillary Clinton.

A restoration effort in spring revealed the damage done to the marble marker by the stickers, Corcoran said.

The nonprofit's main mission is the cemetery's preservation, "so above all we wanted to protect this iconic gravesite," she said.

The headstones were already covered in plastic on Saturday, when in-person early voting began in New York.

The city of Rochester, which owns the cemetery, doesn't know how many voters will visit this Election Day, said Justin Roj, spokesperson for the city.

The headstone could be a popular destination this year, too, because it's the 100th anniversary of the 19th Amendment, which gave women the right to vote. Other explanations: it's the 200th anniversary of Anthony's birth, and Kamala Harris, Democratic candidate Joe Biden's running mate, is the first woman of color to be nominated for national office by a major party.