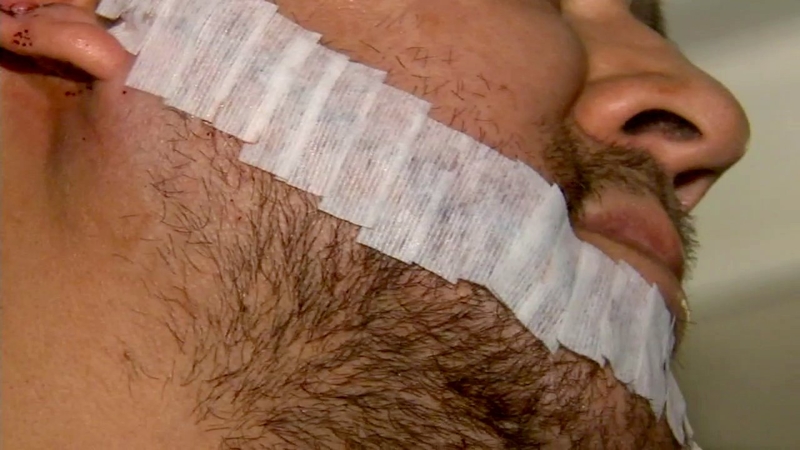 WASHINGTON HEIGHTS, Manhattan (WABC) -- Police are investigating after a cab driver was slashed in the face during an apparent fare dispute in Washington Heights early Tuesday.

Authorities say the driver got into an argument with a passenger, identified as 47-year-old Leolyn Rowe, as he was dropping him off at West 159th Street and Amsterdam Avenue just before 1:30 a.m.

The driver, 45-year-old Jose, who did not want his last name used, tells Eyewitness News that Rowe was acting strangely from the moment he picked him up, slurring his words and engaged in an argument with a woman on the phone.

But when they arrived at the planned destination, Jose says it didn't exist. Then, a few blocks away, Rowe pulled out a knife and began stabbing him in the face.

Jose suffered bone-deep cuts from his ear to his chin, which required 60 stitches to close. He says he eventually got out of the cab, but that Rowe was trapped in the back and tried to kick out the window. After eventually escaping, Jose says he followed Rowe and tackled him until officers arrived and took him into custody.

Rowe is charged with assault and criminal possession of a weapon.