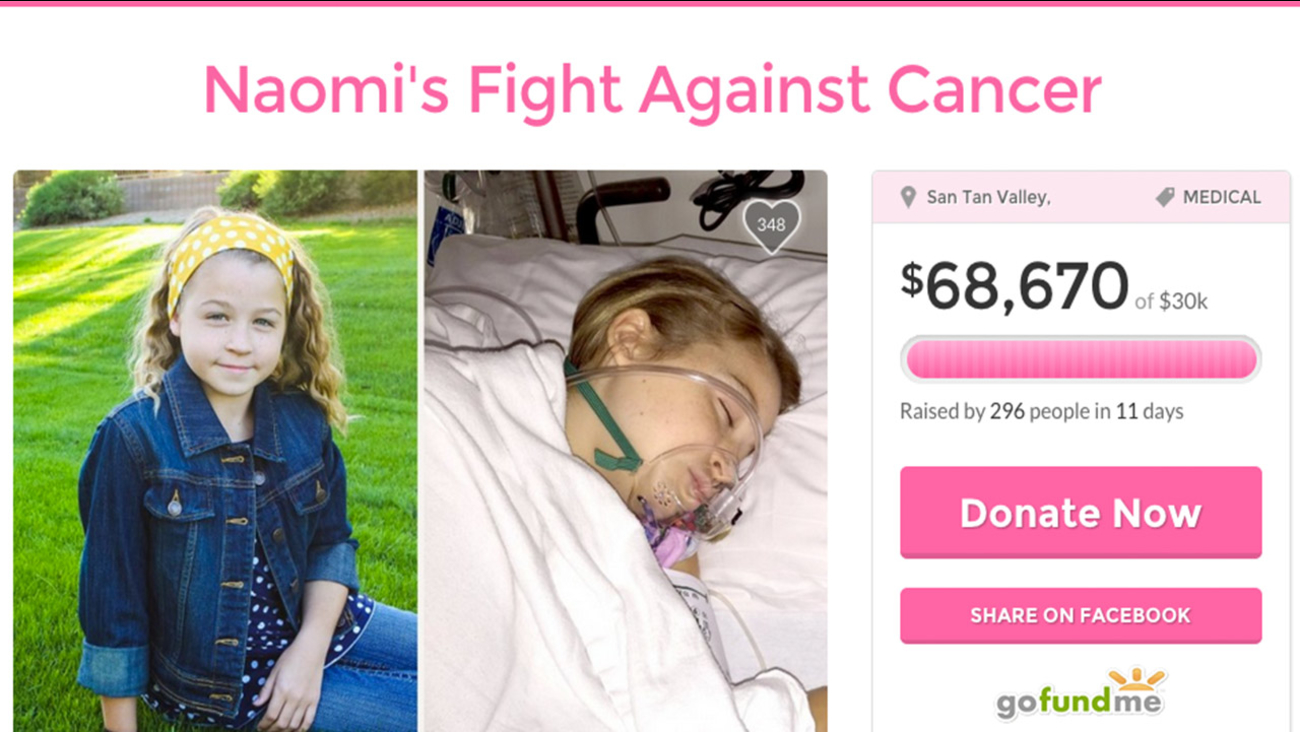 After an 11-year-old fan was diagnosed with leukemia, Taylor Swift showed her support with a $50,000 donation to help fix the girl's "bad blood."

In June, Naomi Oakes and her family went to the hospital after noticing large bruises on the 11-year-old's legs and torso. After being examined by medical personnel, Naomi was diagnosed with acute myelogenous leukemia on June 25.

"[Doctors] said this was the type of leukemia they were hoping not to find. It is more aggressive than other kinds and will require 6-9 months [sic] of intensive therapy in the hospital," Chris Adams, Naomi's uncle, wrote on her GoFundMe page.

Since Naomi will be in the hospital for several months, the 11-year-old will have to miss the Taylor Swift concert on August 18 in Phoenix, which her parents bought tickets to as a Christmas gift.

But being a major Taylor Swift fan, it was only fitting that Naomi picked the pop star's latest hit "Bad Blood" as her battle anthem during her treatment.

To help raise awareness of Naomi's story and raise funds to help cover the cost of her treatment, the family created a YouTube video titled "Naomi's Bad Blood," featuring the 11-year-old dancing to the hit song, while also detailing her struggle.

The family had hoped that Swift would see the video and share the #TeamNaomi hashtag on her Instagram page.

Swift, however, did something much more unexpected: she made a $50,000 donation to help cover Naomi's medical expenses.

"To the beautiful and brave Naomi, I'm sorry you have to miss it, but there will always be more concerts. Let's focus on getting you feeling better. I'm sending the biggest hugs to you and your family," Swift wrote in a message on Naomi's GoFundMe page on Tuesday.

Naomi was shocked and ecstatic after hearing about Swift's gift, which you can see in the video below:

As if I needed any more reason to love taylorswift ... Amazing donation to #TeamNaomi ! Feel better… https://t.co/pzd7ibPQur

What a sad but heartfelt story. @taylorswift13 is truly one of the nicest celebrities EVER! you can beat this Naomi!! #TeamNaomi #BadBlood

I'm crying about what Taylor did today for #teamnaomi It's not the amount of money, it's the fact she took the time to show her she cares.