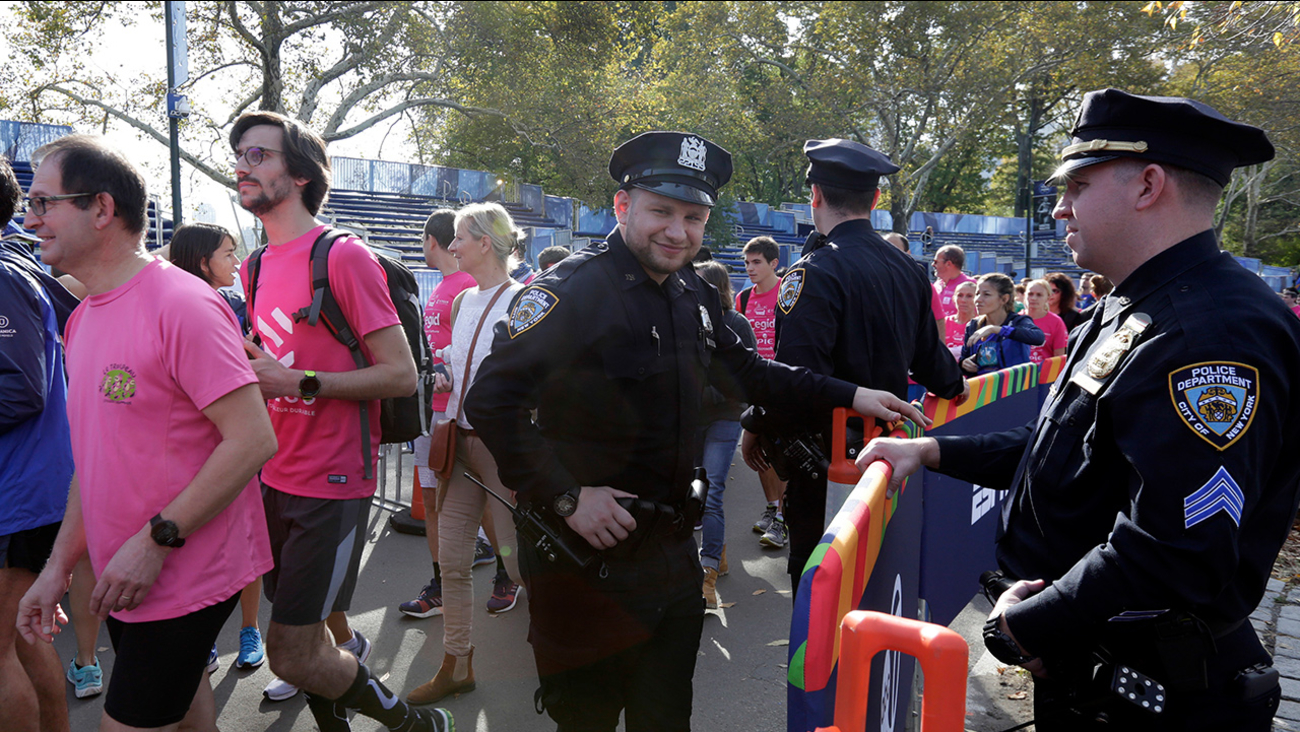 NEW YORK (WABC) -- As thousands of runners from around the world make their way along a 26.2 mile course through all five boroughs, many streets and parking restrictions will be in place from Staten Island to Central Park.

Here's what you need to know:

The MTA has released service changes for the marathon.

There is also a printable map available from the MTA that shows how to get to the best places to watch.

And if you can't get to the marathon, the best place to watch is Channel 7.
Join us on Saturday for our live special, "Countdown to the Starting Line" hosted by Eyewitness News Anchors Liz Cho and David Novarro. This half-hour special on the eve of the TCS New York City Marathon captures all of the excitement of race participants and a city ready to host one of the greatest spectacles in all of sport.

The setting is the TSC New York City Marathon Pavilion just steps from the Finish Line in Central Park. Thousands of runners from all over the world come to share the anticipation of the big race, as well as Marathon week activities like the colorful Parade of Nations in Central Park.

Then on race day, Sunday, November 5, join Ryan, Laura, and the Eyewitness News team for pre-race coverage starting at 7 a.m., followed by the main event with ESPN's Sage Steele and John Anderson!