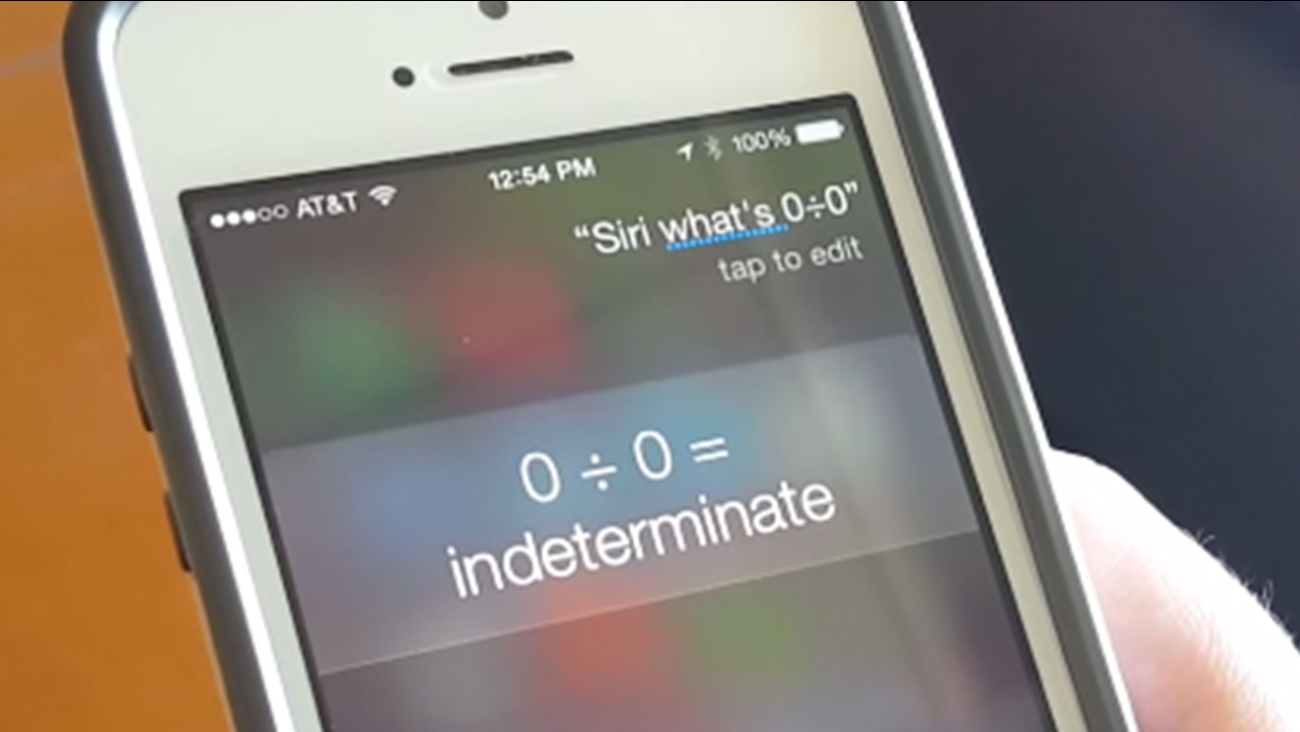 Siri has a snarky response when you ask her "What's zero divided by zero?"

The Internet is all fired up after discovering that Siri has a snarky response to a math question with an undefined answer.

If you ask the iOS 8 version of Siri, the iPhone's digital assistant, "What's zero divided by zero?" she will provide an answer. Just not the answer you wanted to hear.

"Imagine that you have zero cookies and you split them evenly among zero friends. How many cookies does each person get? See? It doesn't make sense. And Cookie Monster is sad that there are no cookies, and you are sad that you have no friends."

Ask Siri "what is zero divided by zero?" RIGHT. NOW.

Ask Siri what zero divided by zero is. Go ahead. And watch her crush your spirit.

when siri tells me i have no friends pic.twitter.com/DwTosbLA1p

After asking Siri what zero devided by zero is pic.twitter.com/OsxyZ7jbUD

before & after asking Siri what 0 divided by 0 is pic.twitter.com/pcDaeuLOv6

Omg! Ask Siri what zero divided by zero is and wait to get burned.

When Siri makes fun of you having no friends.. pic.twitter.com/flTDVAOCjd

@aaronpaul_8 Why'd they gotta drag Cookie Monster into this?!

If your iPhone is running on iOS 8, try asking Siri "What are you doing later?" for bonus snark.
Related topics:
technologydistractionfunny videoamazing videobuzzworthyiphoneapplewatercoolermath
Copyright © 2021 WABC-TV. All Rights Reserved.
DISTRACTION