How to talk to kids after 19 children, teacher killed in Uvalde, Texas, school shooting

"To believe that our children don't know that these events occur is wishful thinking."

Stacey Sager reports on how parents are approaching talking to their children about the school shooting in Texas.

At least 19 students and two adults are dead after a shooting at Robb Elementary School in Uvalde, Texas, Gov. Greg Abbott said Tuesday.

The 18-year-old suspect, who is also dead, was a student at Uvalde High School, according to Abbott.

The governor said the suspect also allegedly shot his grandmother before entering school premises, but did not give any details about her condition.

In the wake of the deadly mass shooting, many parents are left grappling with how to explain the horrific act of gun violence -- at a setting where most kids spend a majority of their days -- to their children and teens.

"For the majority of teenagers, school is a safe and supporting environment," Dr. Robin Gurwitch, a licensed clinical psychologist and professor at Duke University Medical Center, told ABC News in 2018, after 17 people, including students, were killed at Marjory Stoneman Douglas High School in Parkland, Florida.

"So when a shooting happens at a school, it undermines our sort of worldview about where I can be that is a safe place," she added.

Gurwitch, a member of the National Child Traumatic Stress Network, broke down how parents can discuss the news with their children, and how to help them to feel safe in the aftermath of the harrowing headlines.

Parents should initiate a conversation

Gurwitch stressed that in situations like a mass tragedy, it is "extremely important" for parents and caregivers -- especially those with children in high school -- to "be willing to bring this topic up."

"We really want to want to wrap our arms around them and make them feel safe," she added. "But part of being a parent is willingness to discuss difficult topics."

"To believe that our children don't know that these events occur is wishful thinking," Gurwitch said. "We live in an age where we can go online and see live feed of people leaving the school, of responders, it's updated every few moments."

Gurwitch suggests that if you are watching the news with your children, turn it off and talk about the events calmly in order to get an idea of what they know, where they are coming from, and what misconceptions they may have already heard.

It is also critical to reassure children that parents and adults at their school "are going to do everything we can to make you safe," Gurwitch added.

"Let them know that their school has plans in place to do everything to the best of their ability to make them safe," she said.

Adapt the conversation based on your child's age

Gurwitch emphasized that the conversation about the news should vary based on the age of your child.

When it comes to children preschool age and below, she added that parents should limit their media exposure.

"Preschoolers may not understand instant replays," she said. "So that loop of children running out of the school, if they don't know that that's a replay, they think that school has thousands and thousands of students."

For high school and older middle school age students, Gurwitch recommends addressing the incident directly, saying that you want to talk to them about the school shooting that happened and asking them what they know about it.

For children younger than that, Gurwitch recommended initiating the conversation by saying, "There was a very sad thing that happened at a school ... today. It is very sad because people were hurt and people were killed, and I just want you to know about it if you hear kids talking about it at your school, and if you have any questions, you can talk to me."

Regardless of your child's age, Gurwitch stressed that parents should "most importantly show a willingness to answer questions," and listen to their children's concerns.

"Younger children may ask the same question over and over again," she added. "That is how they process information."

If your child or teen says they do not feel safe going back to school, Gurwitch emphasized that it is important not to invalidate their feelings, but to talk about them.

"Say, 'Tell me what it is that you're worried about? What it is that you don't feel safe about?'" she said. "Validate why your child may not feel safe. If we just discount it with a throwaway, 'You are going to be fine,' we shut down the conversation."

Gurwitch added that you can reassure your child that "nowadays schools do have safety plans, and schools do practice shooting drills."

"Some people are concerned about practicing these drills, but it's like fire drills, it doesn't make kids more scared that fires are going to break out, it makes students feel more secure that they have a plan in place," she said.

"Be patient and supportive as children are trying to make sense of how something so horrific can happen at a setting where I go to be with friends, to learn," she added.

"When there is a tragedy ... a one-and-done conversation is not sufficient," she added. "Let your child or teenager know that 'I really do care about you and I am open to having this discussion.'"

If you notice your child or teen is distressed for a longer period of time, and Gurwitch added this may show up in "problems with sleep, problems with attention and focus, and increased irritability," she recommends that parents reach out to their school guidance counselor, a local psychological association or even their pediatrician for further help. 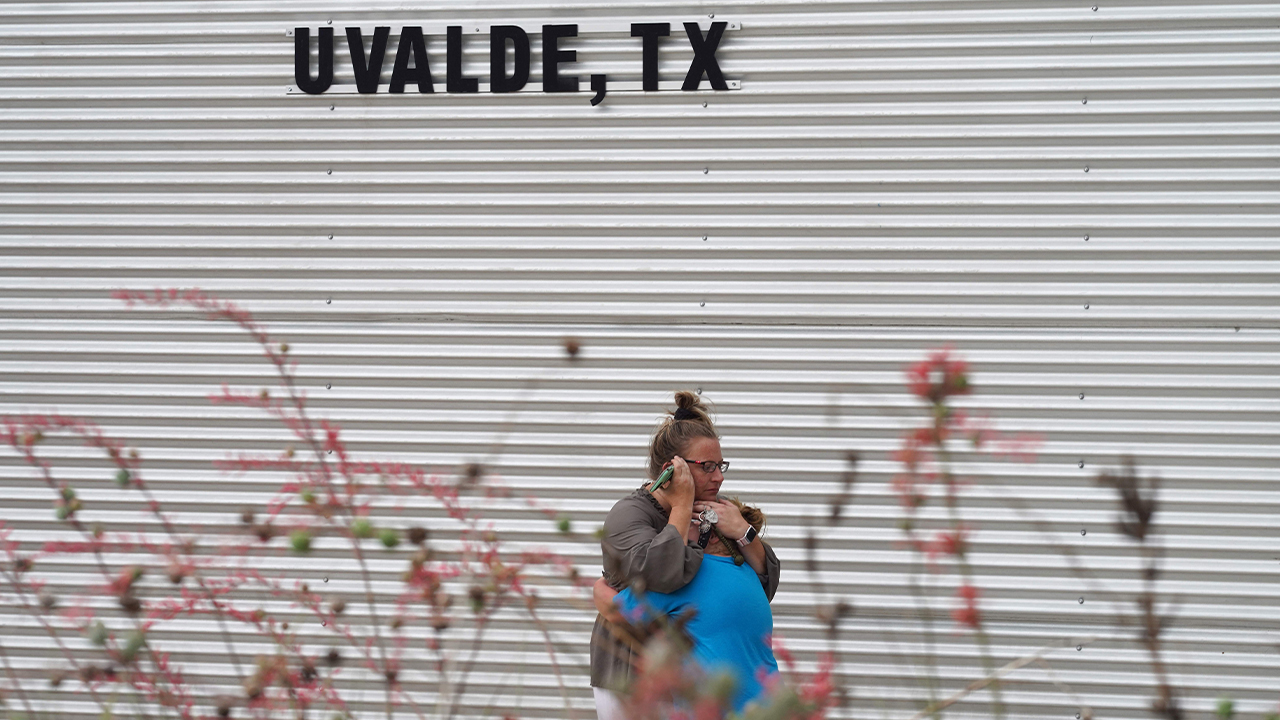