Miss Piggy and Scooter talk about 'The Muppets' 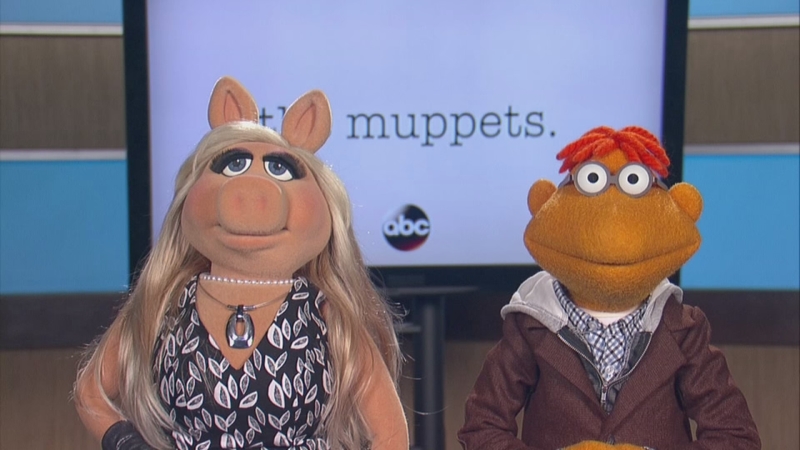 Miss Piggy and Scooter talk about 'The Muppets'

NEW YORK -- "The Muppets" are taking over prime time by storm and it's the behind-the-scenes stories that are captivating viewers this time around!

Miss Piggy is the star of her own talk show "Up Late with Miss Piggy" and the rest of the Muppets work on her show, including her ex, Kermit the Frog. Scooter says it's been tough to witness the breakup, but it was for the best and "he's got his glint back in his froggy eyes." Although, Miss Piggy still thinks he was happier with her.

Will they get back together? "I don't know what the future holds, none of us do, but if Kermit is happy, I'm 10 times happier!" Miss Piggy said.

Viewers can enjoy watching the romances bloom and end between the Muppets and their respective partners, but one thing is for sure, there is no shortage of drama. Kermit has a new girlfriend named "Denise" and Scooter thinks she's great.

This week, Miss Piggy and Reese Witherspoon are in a feud as they volunteer for Habitat for Humanity. Miss Piggy says she's upset that Witherspoon went and won an Oscar before she did - the nerve!

Meantime, Fozzie Bear and his girlfriend hit a rough patch, will they make it through?