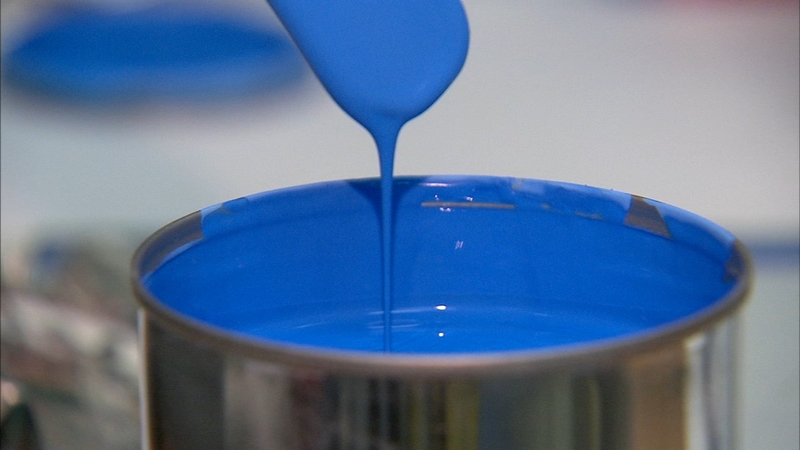 EAST FLATBUSH, Brooklyn (WABC) -- When it comes to the TCS New York City Marathon, the road to success is dotted with a thin blue line. A simple blue pigment painted on the pavement guides each runner's steps throughout the entire race, from the Verrazano Bridge to the finish line in Central Park.

"Marathon Blue," as it is called, is a native New Yorker, created by the Mercury Paint Corporation in East Flatbush, Brooklyn. Mercury is the only independent paint manufacturer in New York City. Founded in 1947, the company has supplied paint for city projects for decades. But Marathon Blue is its most notable hue.

"It's a standard New York City Marathon paint color that they've used for the last 15 years," co-owner Jeff Berman said. "Most paint companies design their paint in order to make it last. But the marathon needed something actually the opposite of that."

Marathon Blue was made to dissolve within a few weeks after the race to avoid confusing drivers.

"The color's made with organic pigment which actually helps it decompose and helps it wash away quicker." Berman said.