MELVILLE, Long Island (WABC) -- Family, friends and strangers heartsick over a tragedy gathered on Long Island Thursday to bid a final farewell to an 8-year-old boy allegedly murdered by his NYPD officer father and his father's fiancee.

Funeral services were in Melville for Thomas Valva, who died after being left in a freezing garage in Center Moriches without any blankets or pillows.

The little boy's mother says she complained to authorities for years about abuse, but nothing was done. The case has sparked a top-to-bottom review of the county's Department of Social Services along with calls for three judges involved in the case to be dismissed.

The funeral began at 9:30 a.m. at St. Elizabeth Church, with burial to follow at St. Charles Cemetery in East Farmingdale.

"I just want to say thank you for everybody's outpouring love, support in this extremely, extremely difficult time for me and my family," mom Justyna Zubko-Valva said at a wake Wednesday. "He already made so many changes in people's hearts that I truly think are going to stay for the rest of the life with those who care about the children, who wants the change."

Bishop Andrzej Zglejszewski, who gave the homily, had strong words for our elected officials and those in social services. He said Thomas' story should prompt everyone to take a hard look at our social services system.

"I hope that the message of this tragedy will teach so many hearts and so many lives too, simply because we have to do something about this," he said. "Another beautiful life was lost because of our human negligence, and in so many ways, I feel that we failed this little boy."

Janet Jordan, of Farmingville, didn't know Thomas, but she came to the funeral to show her support. She said she can't understand how someone leaves their child in a freezing garage overnight.

"I stood outside last night just to see how it felt, and it wasn't even that cold and it was horrible," she said.

Thomas's story has resonated with people all over the area, and even those who didn't know him are demanding to know why CPS allowed him to be left in harm's way.

"If there was any wrongdoing or lack of insight into what was happening, people should be held responsible," said Doreen Triola, of Huntington.

Thomas Valva was found unresponsive at his home on Bittersweet Lane on Friday, January 17, and was later pronounced dead at Long Island Community Hospital.

Michael Valva and Pollina had full custody of Thomas and his 10-year-old brother Anthony, and both children were reportedly subjected to constant abuse. The temperature was just 19 degrees on the night Thomas died, and authorities say his body temperature was 76 degrees when he arrived at the hospital. 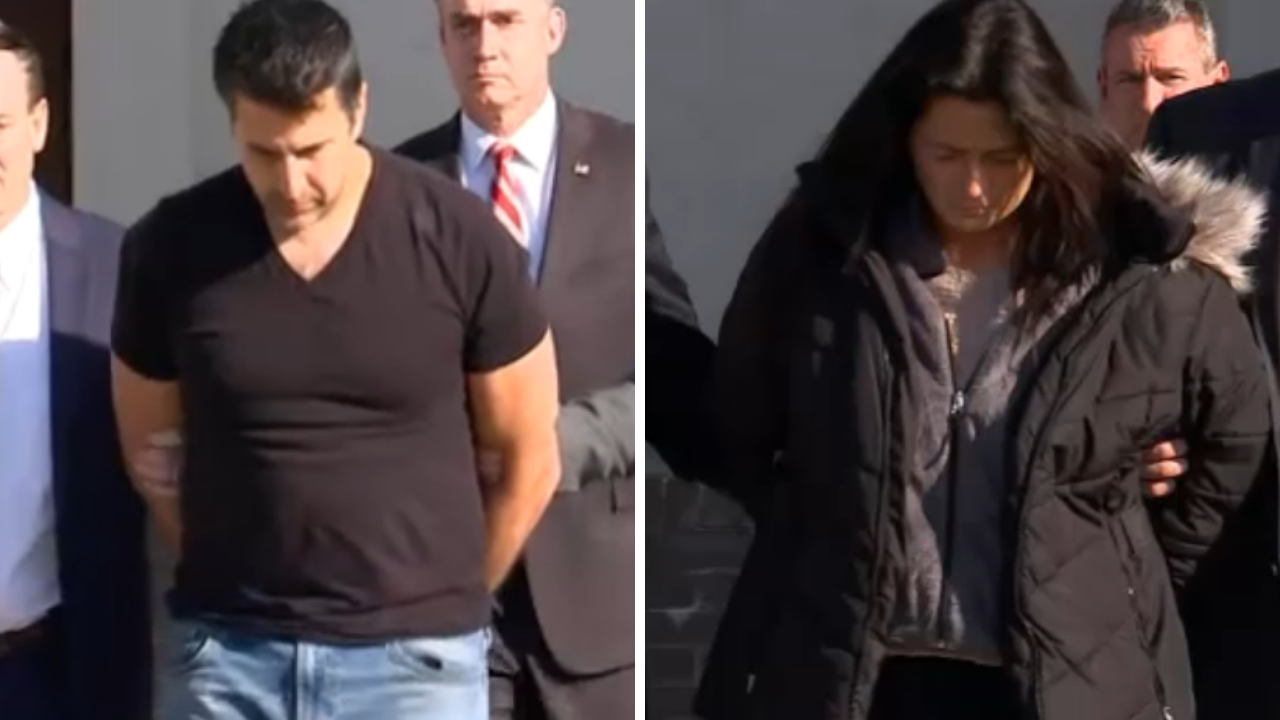 An NYPD officer and his fiancee are charged in the death of his 8-year-old son on Long Island, accused of abusing the boy and leaving him in freezing temperatures in the garage.

"Nobody did anything," Justyna Zubko-Valva said. "I tried, I fought so hard to, you know, fought for justice for my children...It shouldn't get to the point that, you know, my son lost his life to actually for somebody to do something."

Police say Michael Valva had called 911 and said his son had fallen in the driveway while waiting for the school bus and was unconscious. When police arrived, Valva was performing CPR on Thomas in the basement.

"We determined Thomas was never in the driveway that morning, and he suffered head and facial injuries that were not consistent with the father's account," Police Commissioner Geraldine Hart said.

Police made the arrest after reviewing home security surveillance video, and prosecutors say each room of the house had a camera that was labeled. They said the camera in the garage was low to the ground and pointed toward the floor with the label "the kids' room."

They said video from the two previous nights showed Thomas and Anthony sleeping on the garage floor, shivering.

Assistant District Attorney Laura Newcombe said during the arraignment of Valva and Pollina late Friday that audio files recovered from the home recorded the couple discussing the fact that the child was suffering from hypothermia, had been washed with cold water, couldn't walk and was "face-planting" on the concrete on the morning he was killed.

Suffolk County District Attorney Tim Sini said he had listened to the audio himself.

"I can't describe it in words," he said. "The depravity of these defendants is shocking."

Authorities are still investigating whether a 6-year-old brother was also abused, and if Pollina's three children -- 11-year-old twins and 6-year-old -- had suffered any abuse. All five children are now at a safe location.