Man punched while filming TikTok video with friend in Manhattan 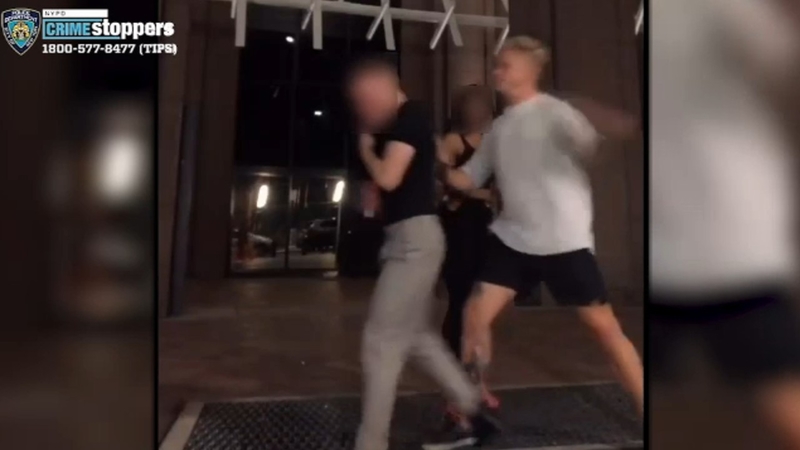 LOWER MANHATTAN, Manhattan (WABC) -- A man was punched while dancing with his female friend for a TikTok video they were filming in Lower Manhattan, police say.

According to officials, the 24-year-old victim was making the video with his friend on Broad Street around 11:30 p.m. on Saturday, Sept. 26.

Police are investigating the incident as a bias crime.

A young woman from Nassau County thought it would make a cool TikTok video - jumping off a boat for a swim in the Hudson River, in front of the Statue of Liberty.

They say a man came up behind the victims and used an anti-gay slur.

According to officials, the two suspect and victim scuffled, and the suspect punched the victim in the back of the head.

Video shows a man assaulted by a male suspect. Police say the victim was attacked while filming a TikTok video with his female friend.

The victim suffered a laceration to his lip and a bloody nose. He declined medical treatment.

The suspect fled the scene on foot in an unknown direction.

The individual is described as a male, white, with blond hair, 5'9" to 5'10", 200lbs; last seen wearing a white long sleeved shirt, black shorts and black sneakers.

It happened in Melville in Suffolk County.

It is being investigated by the NYPD Hate Crimes Task Force.