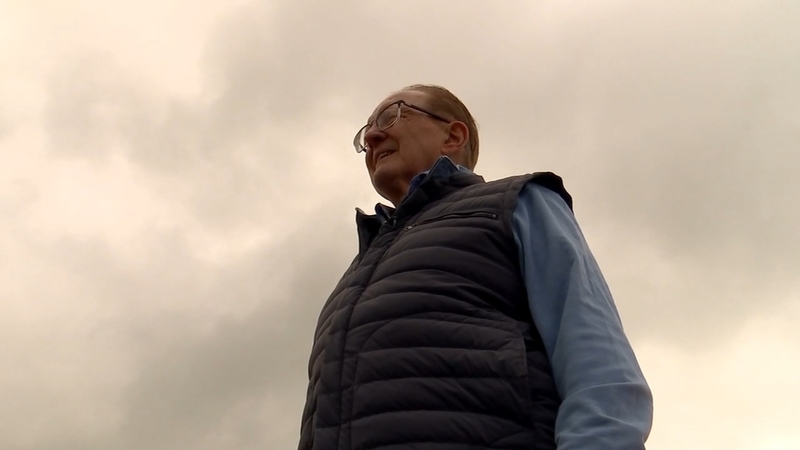 SOMERS, Westchester County (WABC) -- A legendary New York high school football coach who ranks second in the state in career wins has decided to retire after a career that spanned more than half a century.

Tony DeMatteo resume includes two state titles, with the past 21 years spent at the helm of the Tuskers at Somers High School.

The 78-year-old informed his players just a few weeks ago of his plans to retire.

"I told them at a team meeting that I was going to retire," he said. "And then I came out on this field in the pouring rain and I stood out here for 10 minutes, and my mind was just going through my entire career."

For the DeMatteo's, coaching is a family affair.

"As much as it was bittersweet, it was happy, it was sad, it was probably a long range of emotions," said son Anthony DeMatteo, who is on his father's staff.

The elder DeMatteo retires with 360 career wins, just four shy of the state record held by Bethpage's Howie Vogts. But DeMatteo said it's not about the record.

Another son, Dominick, coaches at Mahopac, where two of Tony DeMatteo's grandsons play.

"You know, the wins, that's fun, people write about it," Dominick DeMatteo said. "But I know that doesn't impact him. It doesn't really impact any of us."

Facing Mahopac was tough, but now, Tony DeMatteo is looking forward to cheering them on.

"Coaching against my son Dominick was traumatic," he said. "But then when my grandson came into the equation, that just ended it for me."

And his grandkids are welcoming the extra attention.

"Nothing more that I want than for him to see me play next year," grandson Anthony DeMatteo said.

And it means the world to them.

"It's a big deal to me knowing that he'll be able to watch me," grandson Dominick DeMatteo said.

Luckily for them, Tony DeMatteo's legacy will long outlive his coaching career.

The world famous Plaza Hotel is preparing to reopen its doors to guests for the first time in more than a year.