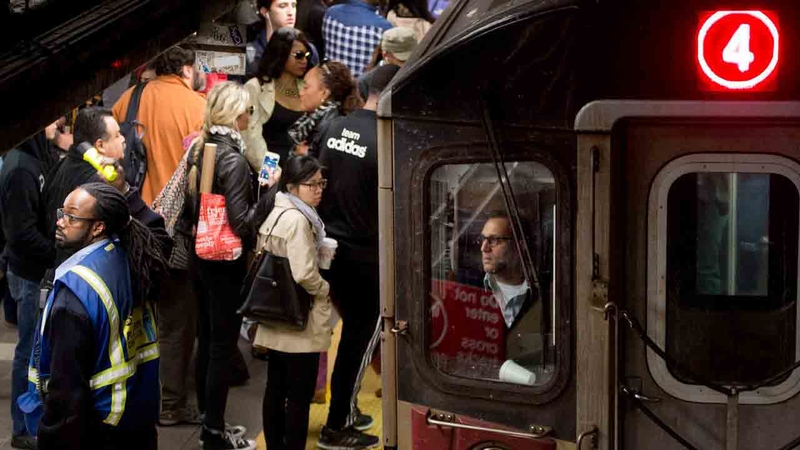 The goal, said Cuomo, is to "improve safety overall" across the transit system, while specifically targeting fare evasion and assaults on MTA workers.

The 500 new officers will be deployed to 100 fare evasion "hot spots," half of them subway stations, half of them bus routes.

Cuomo said that many of the targeted areas correspond with stations and bus routes that have been sites of assaults on MTA workers.

One such assault happened this past Saturday, inside the 145th Street station in Harlem.

"Public employees must be protected at work, and these attacks must stop," Cuomo said.

MTA Chairman Pat Foye said among the stations targeted for extra police will be high-volume stations in Manhattan, including Union Square, Penn Station and Grand Central.

Officers will be randomly assigned to subway and bus routes where they will have the most impact.

Cuomo said it is not fair to increase fares for riders and then have people evading them. Studies show nearly one in five bus riders do not pay the required fare.

Fare evasion costs the MTA an estimated $240 million each year.


The Legal Aid Society released the following statement in response to the announcement:

"The further criminalization of low-income New Yorkers who cannot afford MTA fare erodes the progress we have made to make New York a more fair and just city. More officers patrolling subway stations and bus stops will deter our clients from meeting their court obligations and accessing employment, education, or other critical services. This is simply wrongheaded and cruel policy, and Governor Andrew Cuomo, Mayor Bill de Blasio, and others should bolster the current Fair Fares program to address fare evasion instead of preying pointlessly on the neediest New Yorkers."