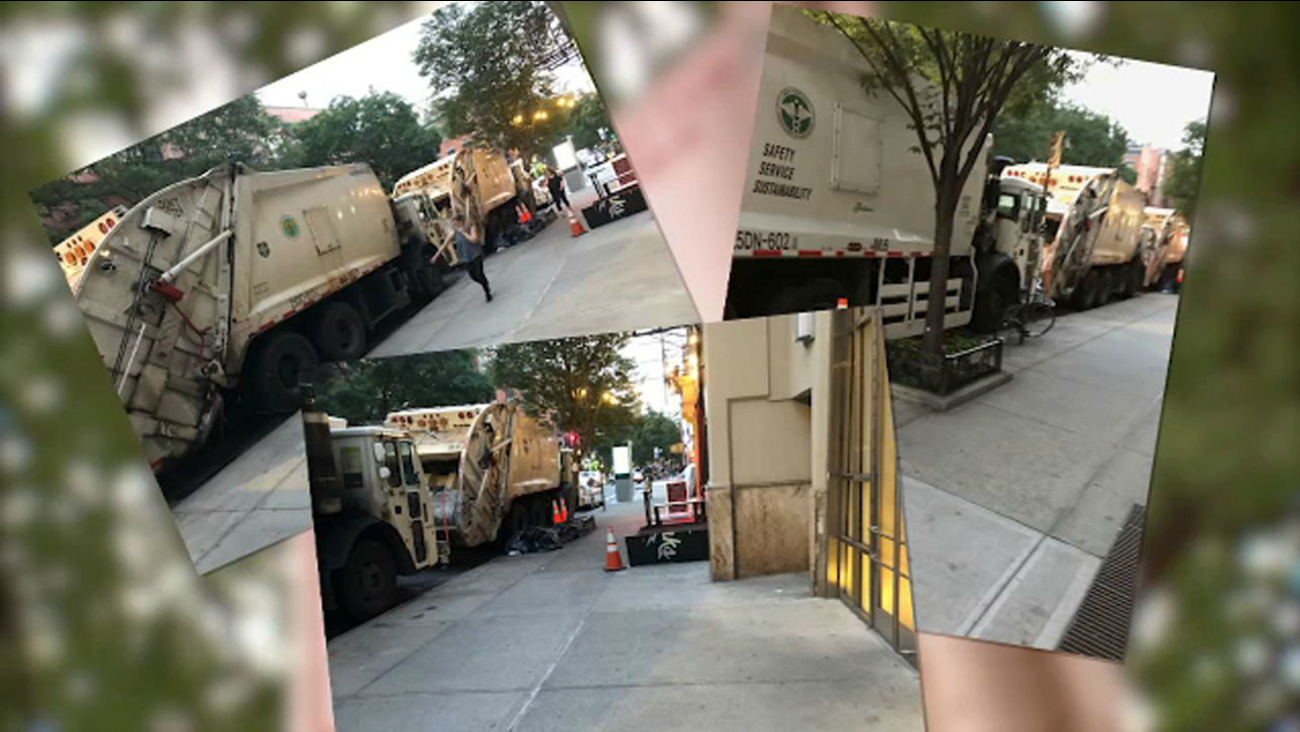 EAST VILLAGE, Manhattan (WABC) -- A more than year-long feud over garbage trucks in the East Village may finally be over.

New York City Mayor Bill de Blasio announced Thursday that the city had found a new temporary home for the garbage trucks that showed up on a residential section of East 10th Street between First and Second Avenues a little over a year ago and immediately outraged residents and business owners.

"It really stinks," restaurant owner Avi Burn had complained. "It's not like a garbage smell. It's like a really deep smell. You can't even be around it."

The Department of Sanitation decided to park the trucks there after losing the use of a parking garage on the West Side and failing to find a new permanent location to store their vehicles.

Complaints about odors and blight from the garbage trucks reached a climax in September of last year, after a 7 On Your Side'investigation caught one sanitation department worker on video dumping trash from his truck into a planter on the block.

"It's really upsetting," Michelle Lang, a resident on the block, had said. "Actions speak louder than words."

Back then, de Blasio acknowledged resident complaints and promised he would work to resolve the situation.

More than a year later, the mayor announced the trucks were being relocated temporarily to Pier 42 in Lower Manhattan, further away from residents, while the city continues to look for a permanent parking solution.

"We heard their concerns and we've responded," de Blasio said. "Residents can once again enjoy the clean streets and sidewalks that the Department of Sanitation provides without obstruction."

The trucks will have to once again find a new home when construction on a new park at Pier 42 begins in 2020.

The sanitation department is currently working with elected officials to examine whether a new proposed garage at their Brookdale Campus could serve as a permanent facility to serve the East Side of Manhattan and resolve the ongoing issue of parking for garbage trucks.