Nearby construction workers capture video of crane collapsing in TriBeCa 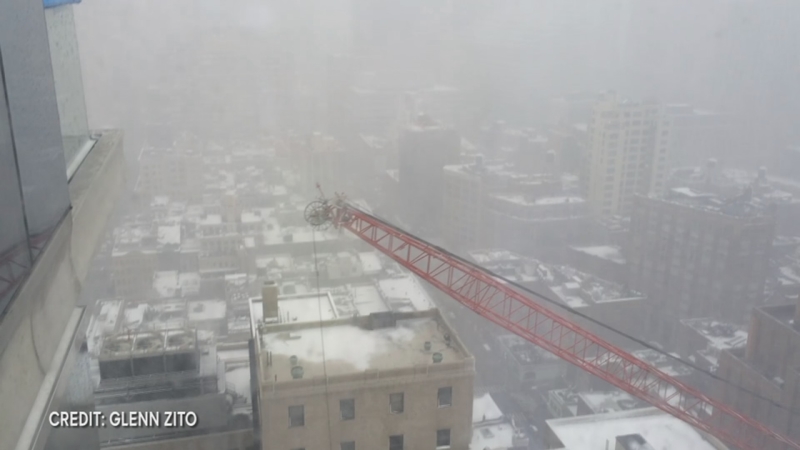 TRIBECA, Manhattan (WABC) -- Two construction workers who were working down the block from the deadly crane collapse in TriBeCa Friday morning caught the incident on cell phone video.

Glenn Zito and Chris Andropolis were on the 46th floor of 56 Leonard Street when they were warned of strong winds and told to move to lower floors. Then, as they were headed down, they stopped after noticing a crane that was swaying.

Eyewitness News Lauren Glassberg spoke with the workers that caught the falling crane on video:

Lauren Glassberg is live with the details.

The massive crane came crashing down at Worth and Church streets in just before 8:30 a.m., clipping at least one building and landing across a row of parked cars.

"It was shocking," Zito said. "I mean, we didn't expect it to happen, but we were videoing it just in case."

One person was killed and three others injured, two seriously.