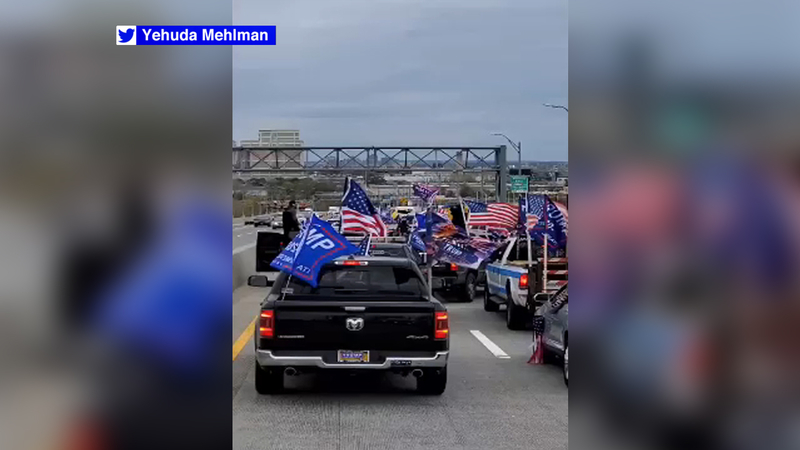 Videos posted online showed hundreds of vehicles at a standstill around noon Sunday in the northbound express lanes of the Garden State Parkway near Lakewood, New Jersey. Police said the caravan caused a 5-mile traffic backup.

A large caravan of Trump supporters was also seen on New York's Mario Cuomo Bridge on Sunday afternoon prior to a rally at the Palisades Center in the Rockland County community of West Nyack.

President Trump and Joe Biden push to make every last hour in the campaign count as they criss-cross the country.

Although there were reports on Twitter of journalists being among those arrested at the protest, police said none had official press credentials issued by the city.

Dave Evans has the latest as President Trump and Joe Biden criss-cross the country, trying to make every last hour in the campaign count.