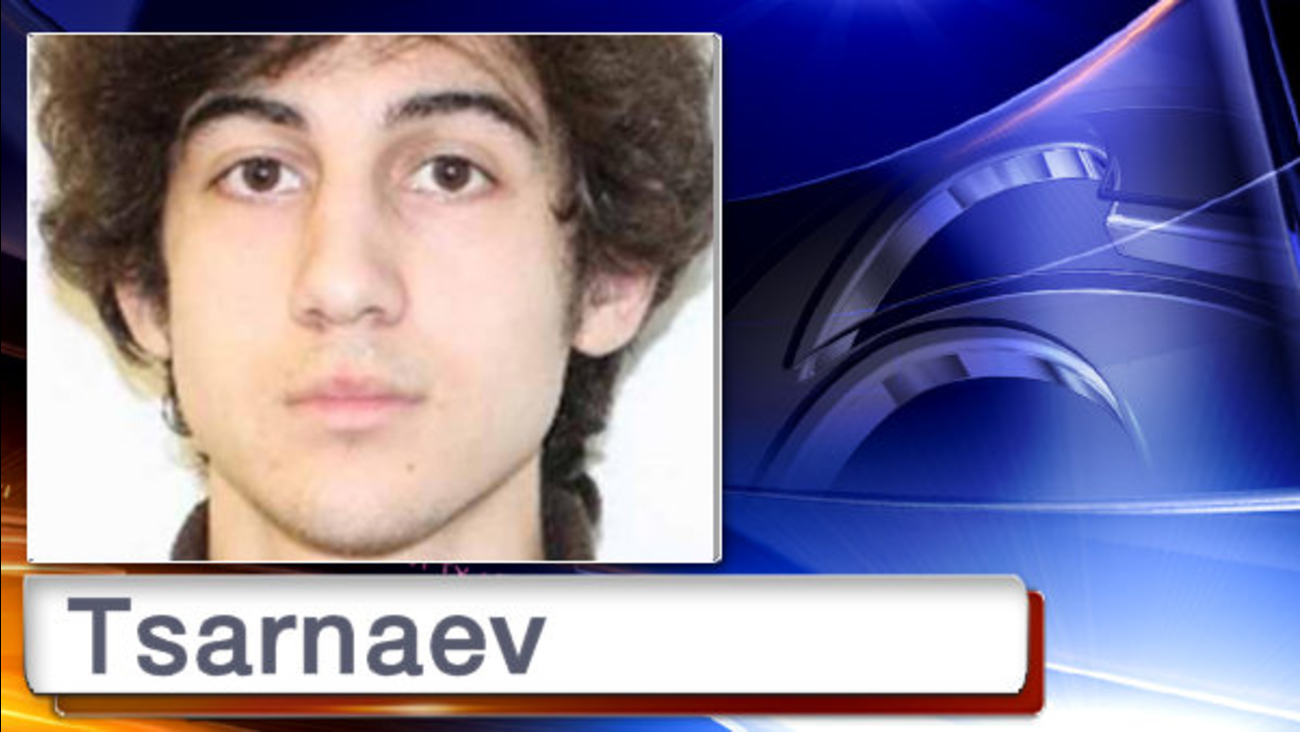 BOSTON -- Lawyers for Boston Marathon bombing suspect Dzhokhar Tsarnaev asked a judge on Tuesday to suspend jury selection in his trial for at least a month because the recent terrorist attacks in France have again placed the marathon bombings "at the center of a grim global drama."

The lawyers said a delay would allow some time "for the extraordinary prejudice flowing from these events - and the comparison of those events to those at issue in this case - to diminish."

They said potential jurors have been instructed to avoid media reports about Tsarnaev's case, but were exposed to reports about the French attacks. Jury selection began last week.

"Almost immediately after the attacks, the press, politicians, and commentators drew parallels between the French attacks and the Boston Marathon bombing," the lawyers wrote.

In the marathon case, authorities say Tsarnaev and his older brother, Tamerlan Tsarnaev, planned and carried out the attack as retaliation for U.S. wars in Muslim countries. Three people were killed and more than 260 were wounded when twin bombs exploded at the finish line April 15, 2013.

Tamerlan was killed in a shootout with police days after the bombings. Dzhokhar, 21, could face the death penalty if convicted.

In the Paris attacks, two gunmen, brothers Cherif and Said Kouachi burst into the offices of the French satirical magazine Charlie Hebdo, killing 12 people. A total of 17 people were shot dead in the three-day terrorist killing spree, including four hostages. The Kouachi brothers and a third gunman were killed by police.

While "Boston Strong" became the slogan used to show unity following the marathon attacks, "Je suis Charlie" ("I am Charlie") has become a popular slogan since the Paris attacks.

The Paris attacks began Jan. 7, which was the third day of jury selection in Tsarnaev's trial in Boston. More than 1,350 prospective jurors have been called in to federal court to fill out lengthy juror questionnaires. The judge is scheduled to begin questioning individual jurors Thursday.

Tsarnaev's lawyers have asked repeatedly to delay the trial and to move it outside Massachusetts, where almost everyone seems to know someone connected to the marathon or personally affected by the 2013 bombings. Federal Judge George O'Toole Jr. has rejected the defense requests.

"Even before the Paris attacks, there was no modern precedent of which we are aware for attempting to seat an impartial jury in a community that had been so recently, so grievously, and so widely affected by a single series of crimes," the defense lawyers wrote Tuesday.

"Now, at the very moment this attempt is to be made, the Boston bombings are being newly placed at the center of a grim global drama. At a minimum, the court should pause long enough to let this latest storm subside," they wrote.

Legal analysts said earlier Tuesday that the French terror attacks could provide new grounds for Tsarnaev's lawyers to argue for a delay or for moving the trial outside Boston.

Jeffrey Abramson, a professor of law and government at the University of Texas at Austin, said that if he were one of Tsarnev's lawyers, he would ask for a delay of three to six months "until the Paris comparison fades a bit."

"Whatever scabbing or healing had begun to take place, the Boston wound is freshly ripped open by the events in Paris," said Abramson, who has written extensively about the jury system in the United States.

Abramson said it would be difficult for any jury pool not to see similarities between the two cases and be potentially influenced by them.

"It just cries out for comparison," he said.

Veteran Boston defense attorney Jeffrey Denner said Tsarnaev's defense could argue that the pall cast by the Paris attacks will make it difficult to find jurors who can be impartial in Tsarnaev's case.

But Denner said suspending a trial after jury selection has begun would be highly unusual.

"On the other hand, the central issue still remains: Can any defendant get a fair trial given the circumstances and context of the case? The context has changed when the whole terror situation has been exacerbated dramatically over the past week," he added.

Denner said he also thinks it's unlikely the judge would reconsider moving the trial because of the Paris attacks.

"Right now, I think it would be hard to get a fair trial anywhere," he said.