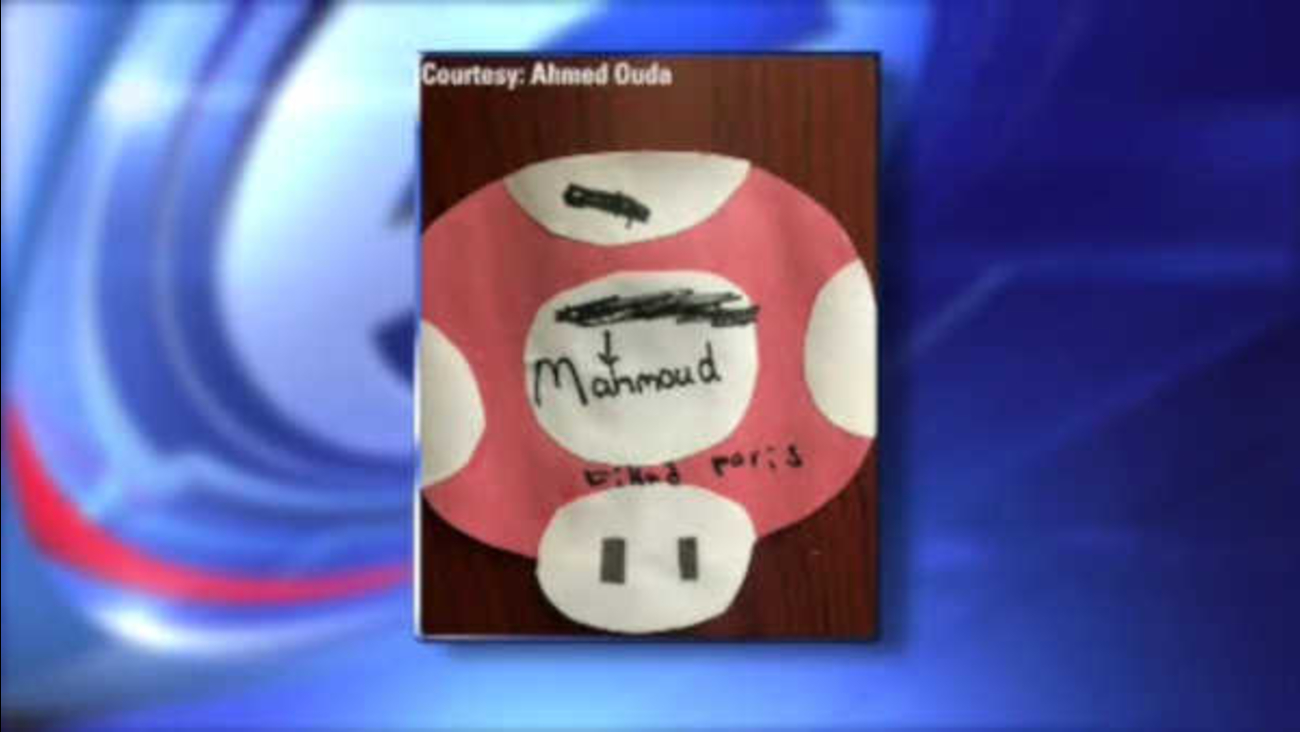 STORRS, Conn. -- University of Connecticut authorities are investigating after the words "killed Paris" were written beneath an Egyptian student's name on the door of his dorm room.

UConn junior Mahmoud Hashem told WVIT-TV that he is upset at being compared with a terrorist, apparently because of his name.

Mahmoud's roommate discovered the writing on Saturday and notified authorities.

University spokeswoman Stephanie Reitz called the vandalism a hurtful and unacceptable act that "contradicts UConn's values as it works to provide a welcoming environment for all students on all of our campuses."

Reitz says both UConn police and the school's community standards division are investigating.

Several students and a faculty member are currently in Paris, and all have been accounted for.

We are relieved to report that all 17 UConn students and one UConn faculty member who are in Paris right now are safe and accounted for.