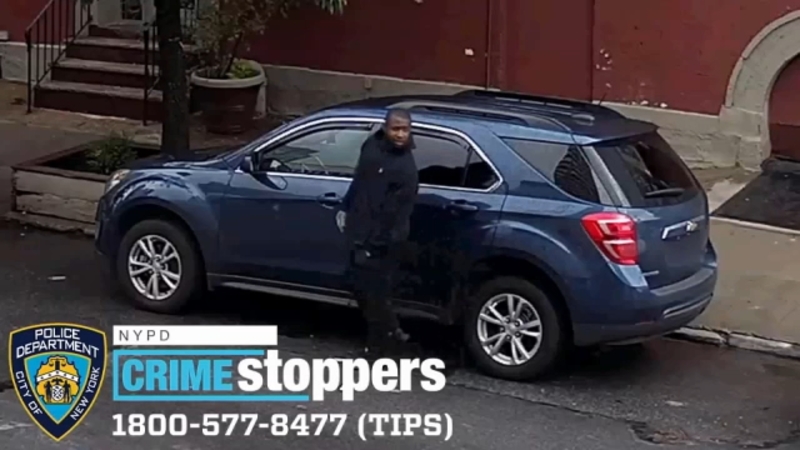 UPPER EAST SIDE, Manhattan (WABC) -- Police have released video of the man they're looking for in a murder at a Manhattan auto body shop on Monday.
EMBED More News Videos

Two men were shot and one was killed outside an Upper East Side auto body shop Monday morning.

Officials say the person seen on surveillance footage walked into NYC Auto Inc. on East 95th Street around 9:30 a.m. and shot two workers, killing one of them.

Police say the suspect walked into the car shop and after some sort of verbal altercation with a 33-year-old employee, the suspect pulled out a gun and shot him in the head and shoulder.

He then reportedly shot a 43-year-old employee in the back.

Both men were rushed to the hospital where the 33-year-old Mario Gonzalez, said to be the shop's receptionist, was pronounced dead.

43-year-old William Fuentes was said to be stable.

Raw video from the scene of the shooting:
EMBED More News Videos

Police investigate at the scene of a shooting on the Upper East Side.

The gunman fled the scene in a blue Chevy SUV and was last seen heading toward the FDR Drive.

A pair of runaway dogs in Connecticut ran right into trouble when one of them got stuck in a swamp - but the other pup managed to find help.

Police say the shooting appeared to be targeted and was the result of a dispute with the auto body shop. Detectives declined to elaborate further.