Man arrested after drone crashes at U.S. Open during match 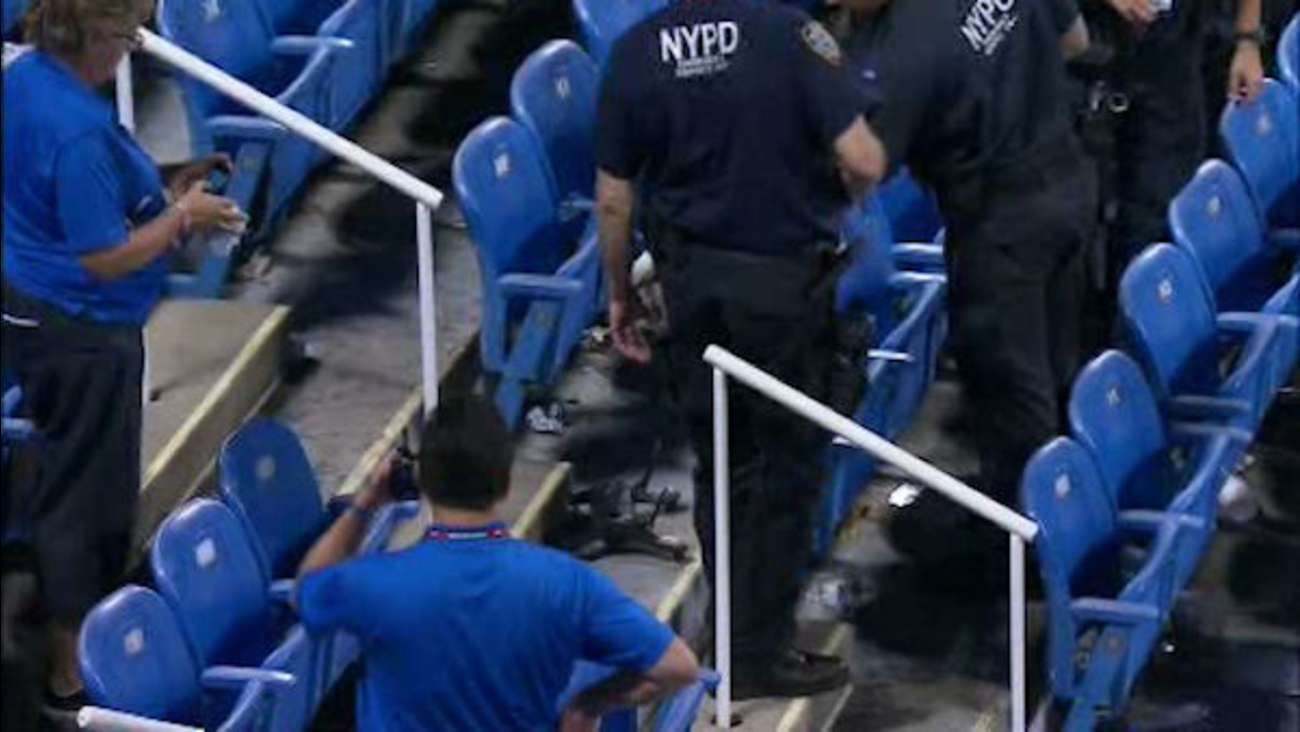 NEW YORK (WABC) -- A New York City science teacher has been arrested in connection with a drone that illegally flew over the U.S. Open Thursday.

Daniel Verley, 26, faces charges of reckless endangerment and operating a drone in a New York City public park outside of prescribed area.

He received a desk appearance ticket. Verley was operating the drone from near the park when he lost control and it crashed. He apparently did not immediately know it had crashed, but quickly figured it out from social media. Verley then informed security what happened.

A police department spokesman said Verley is a teacher at the Academy of Innovative Technology in Brooklyn.

An official at the New York City Department of Education told ABC News that Verley is a science teacher at K618, and started there in 2013. "This is not a school-related incident, and we will monitor the criminal case closely. Any disciplinary action will be taken based on the information from the criminal case."

The drone buzzed over the court in Louis Armstrong Stadium on Thursday night before crashing into the seats. U.S. Tennis Association spokesman Chris Widmaier said no one was injured. It broke into pieces upon landing, and a match in progress was only briefly interrupted between points while police and fire department personnel went to look at it.

"We were fortunate that no one was injured as a result of last night's incident. But we can't rely on happenstance to protect the public. Those who engage in conduct of this nature will be held legally accountable for their actions," said Richard Brown, Queens District Attorney in a statement.

"All we need to do is pass legislation that requires that all drones have Geo Fencing, and we can have drones but none will ever fly near an airplane, none would ever fly near the U.S. Open, or any other sensitive place; and I will be introducing legislation to do just that," said Sen. Charles Schumer, (D) New York.

Here's how it impacted the match:


The drone crashed into the stands around 8:30 p.m. during the next-to-last game of a second-round match that 26th-seeded Flavia Pennetta of Italy won 6-1, 6-4 over Monica Niculescu of Romania.

Here's a photo of police and event officials checking out the drone:

Police checking the drone that crashed on Armstrong @usopen pic.twitter.com/bYftNZ9dA3

Pennetta said she heard the drone fly by and was not sure what it was. Her initial reaction, she said afterward, was that it might have been a bomb.

"A little bit scary, I have to say," Pennetta said. "The chair umpire just wanted to wait for an OK from the police to be able to continue ... truthfully, I don't think even they knew what it was."

RELATED: Philadelphia to be drone-free for pope's visit

She said neither the chair umpire nor tournament officials told her that it was, indeed, a drone.

She said her coach and physical therapist were sitting in the opposite end of the stadium from where the drone crashed and they told her later they were afraid, too.

Verley was released and is scheduled to appear in court on Sept. 16.