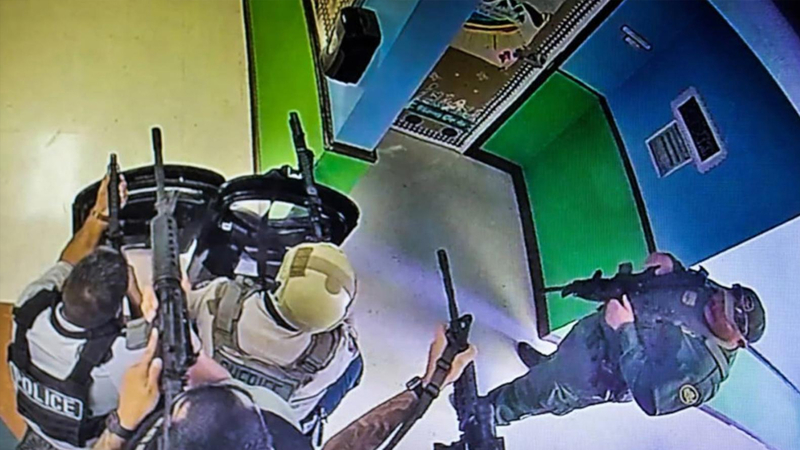 Arredondo, who serves as the chief of police for the Uvalde Consolidated Independent School District and was sworn in as a city council member at the end of May, wanted to be exempt from attending future city council meetings.

A motion was unanimously denied to grant a leave of absence to the newly elected council member, who was not present Tuesday night. Per city council rules, there is a $2 fine for missing council meetings, and after three missed meetings, the other council members can vote to have a member removed from their post.

Uvalde Mayor Don McLaughlin said he would vote "yes" to replace Arredondo on the city council if he misses three consecutive meetings without a leave of absence. The council pointed out that it can't take an opinion or make any official vote because Arredondo hasn't actually missed three meetings.

Those attending the meeting Tuesday erupted in cheers when the council denied his leave.

The vote came after a day of testimony during which Arredondo testified for five hours in front of state legislators about the May 24 shooting, which left 19 children and two adults dead.

At a school board meeting on Monday, parents of the victims and members of the Uvalde community called for Arredondo's resignation.

"Having Pete still employed, knowing he is incapable of decision-making that saves lives is terrifying," Brett Cross, the uncle of student Uziyah Garcia, who died in the shooting, said. "Innocence doesn't hide, innocence doesn't change its story, but innocence did die on May 24."

Uvalde police have faced public scrutiny for failing to act swiftly after the alleged gunman entered the elementary school with an AR-15 through an unlocked school door.

Surveillance footage showed officers waiting 77 minutes to enter the classroom that the gunman was in before fatally shooting him. Arredondo has claimed he wasn't aware of the 911 calls coming through while officers waited.

Sources tell ABC News that, in a preliminary assessment, state investigators believe that Uvalde officers delayed entry into Robb Elementary School because they were waiting for protective gear to arrive.

Col. Steve McCraw, director of the Texas Department of Public Safety, blasted law enforcement's response to the shooting during a state Senate hearing earlier Tuesday, saying it was an "abject failure."

"I don't care if you have on flip-flops and Bermuda shorts, you go in," he said.

Col. Steve McCraw, director of the Texas Department of Public Safety, called the police response to the Uvalde shooting "an abject failure."