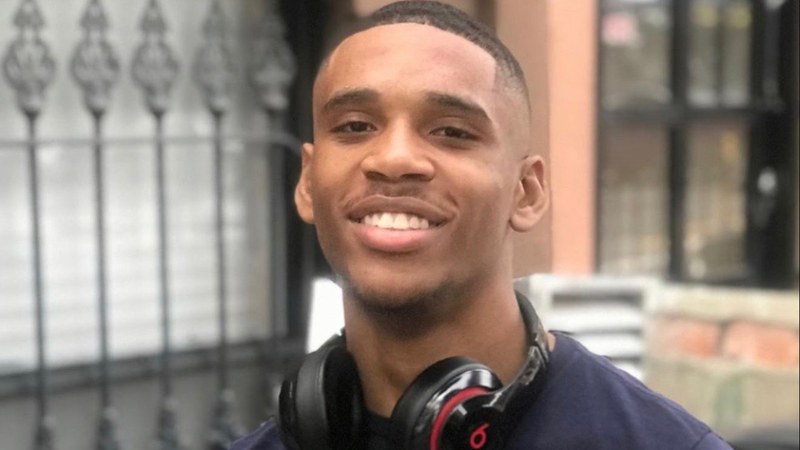 VENTNOR, New Jersey (WABC) -- A recent high school graduate from Brooklyn gave his life to save two people in the water off Ventnor, New Jersey, over the weekend.

Jalan Alston, 18, was visiting the Jersey Shore with two friends when he answered the call to help two swimmers who were having trouble in the water just before 7 p.m. Friday.

The U.S. Coast Guard says Alston pushed the two swimmers to the shore, but he never returned. One of the swimmers was able to call 911.

"Our deepest condolences go out to the family and friends of Jalan," said Capt. Jonathan Theel, commander of Coast Guard Sector Delaware Bay. "It's always difficult to suspend a case and it weighs especially heavy on our hearts knowing that he was helping others."

Diana Rocco reports from Long Beach on the drowning

According to Chief Doug Biagi with the Ventnor Police Department, Alston's body was later recovered Saturday night in Atlantic City.

"He saved both of them," mom Jahdiel Alston said. "But he couldn't swim. He didn't know how to swim, and he didn't tell them."

For her, it is a mix of pain and pride, as her beloved son died saving others. Jayda Smith was one of those he rescued.

"He understood what was happening, grabbed her wrist and shook his head," she wrote. "Then, with a push, sent her to the shore with me using his last bit of strength he had. It's because of him that I am here, sharing his story to the world."

Jalan had just graduated from George Westinghouse High School and was planning a career in electrical engineering. Described by his family as a fearless, selfless young man who died, as he lived.

"He decided to make a decision and sacrifice himself to save some young ladies that he cared about," Jahdiel Alston said.

A Go Fund Me page has been established to help his family.

"He could have ran and got help, but instead of doing that, he just took the time he had and he went out there himself," brother Mark Alston said. "And I guess he made the right call. Because, you know, say if he did go get help, it might have been too late for them. And you might have lost two people."

He said Jalan will always be remembered for being full of love and his willingness to positively impact others.

"My brother is best described as strong and selfless, he always looked out for me the same way I looked out for him," he said. "He was pure of love and will always be remembered for his positive impacts due to the fact that I don't have any negative ones. He was never combative and treated everyone fairly and equally. He is courageous and one of the smartest kids I know."

Mark said Jalan was celebrating his recent graduation with his friends, who were not injured in the incident.

Police have found a 17-year-old who went missing in the waters off Perth Amboy, New Jersey, Thursday afternoon

"I love him and I will cherish every memory I have with him, he made me a better person because I always knew that him being my younger brother he'd be watching and copying me," Mark Alston said. "I hope he watches over me and feels the love I have for him, he will never be forgotten."