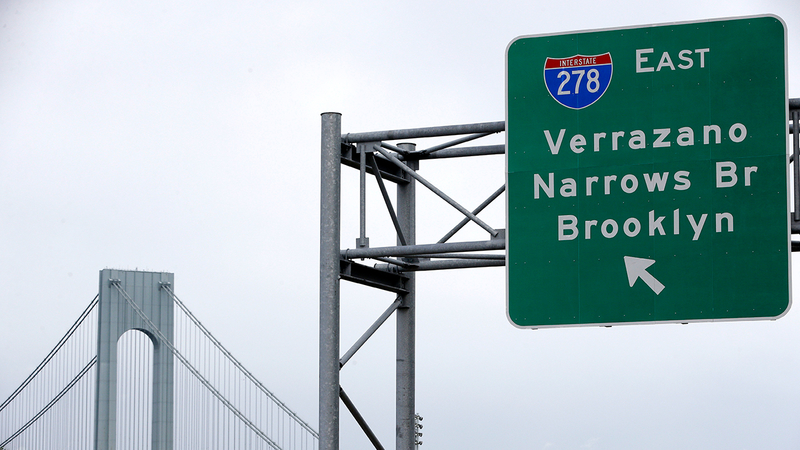 NEW YORK -- The New York state Senate has unanimously passed a bill that would correct the spelling of a bridge that has been wrong for over 50 years.

New York City's Verrazano-Narrows Bridge is spelled with one "Z." It should have two "Z's" for Italian explorer Giovanni da Verrazzano, who discovered New York Harbor in 1524.

The Staten Island Advance reports a Senate bill aimed at fixing the spelling passed 61-0 on Wednesday.
The bill has been sent to the Assembly, where it must pass a vote before heading to Democratic Gov. Andrew Cuomo for consideration.

A previous bill stalled in the Assembly earlier this year.

A statue of Verrazzano in lower Manhattan includes the two "Z's," as does a bridge over Rhode Island's Narragansett Bay.