Charges upgraded to manslaughter in art curator's death in Brooklyn 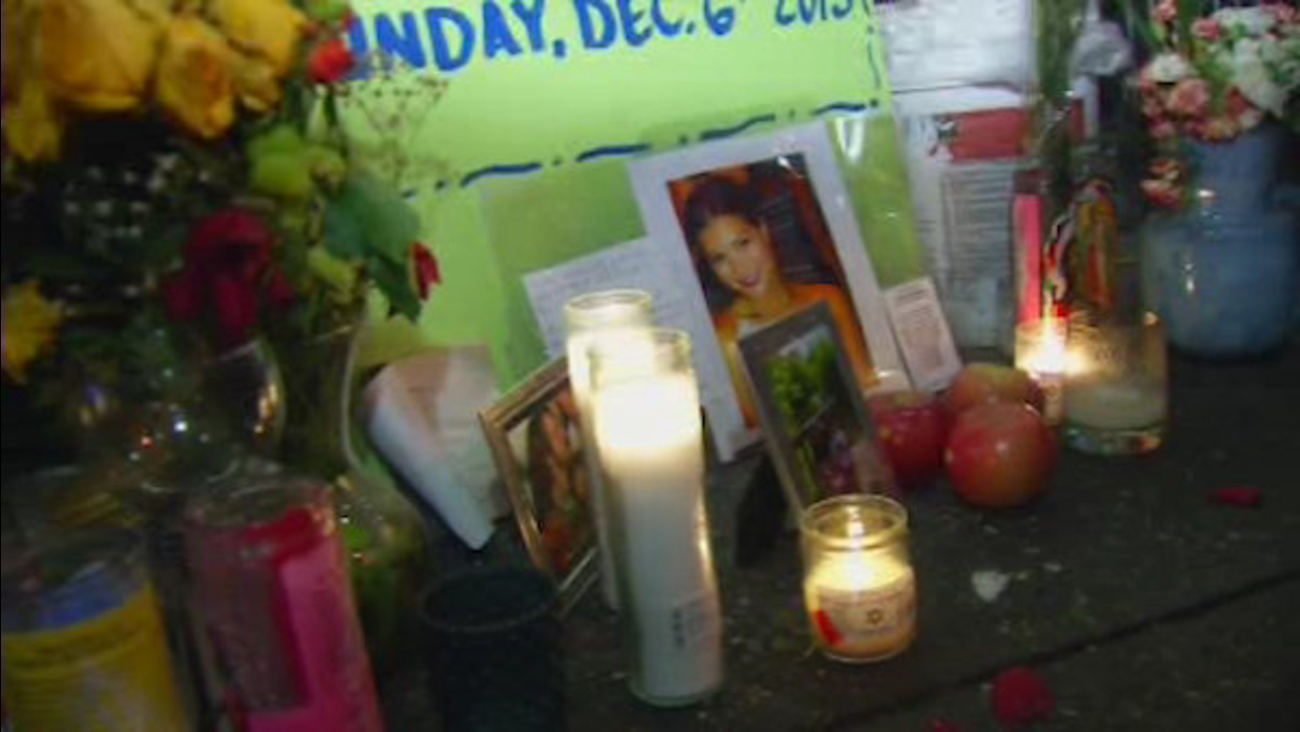 BROOKLYN (WABC) -- Charges have been upgraded against a driver with a suspended license who allegedly jumped a curb and struck and killed a pedestrian in Brooklyn last year.

Victoria Nicodemus, a well-known art curator, was Christmas shopping with her boyfriend Gerald Toth when she was killed on Fulton Street and South Portland Avenue in Fort Greene on December 6.

"Somebody reached into my chest and tore my heart out," her mother, Elsa Nicodemus, told Eyewitness News earlier this year. "I have a big black ugly pool that I can't cross over. And the pain, the pain is indescribable, and it never leaves you."

Prosecutors say that Martin Sewell drove up onto the sidewalk and struck three pedestrians, including the Nicodemus, Toth and 75-year-old Ida Turner. The 30-year-old Nicodemus, who went up onto the hood before rolling into the street, was transported to The Brooklyn Hospital Center where she was subsequently pronounced dead. The medical examiner ruled the cause of death as multiple blunt traumas.

Toth sustained injuries to his hand and ankle, and Turner suffered injuries to both of her legs, requiring weeks of physical therapy. The incident was captured by video surveillance cameras.

"There was no goodbye," Elsa Nicodemus said. "There was just getting to the hospital through enormous traffic, two hours after she expired. And seeing this battered little body, kissing her a few times."

Authorities say the upgraded charges came after the investigation uncovered that Sewell lied to police about swerving to avoid a bus. The truth, they say, is that he had a gas leak in his car and the fumes rendered him unconscious.

"When we heard that previously was in an accident due to a leak and he had passed out, it was just outrageous," Miller said. "To know that, and that he kept on driving, and then to plow into three people on the sidewalk as a result. Recklessness, irresponsible, just awful."

Sewell was initially charged with two misdemeanors that carried a maximum penalty of 30 days in jail and a $500. But now, a grand jury has indicted him on charges of manslaughter, criminally negligent homicide and failure to yield.

"The thought of him writing a check and paying a $500 fine and getting off on the misdemeanor charges didn't sit well with any of us in the family," Miller said. "It outraged us. And I don't know which direction the district attorney's office was going in prior to the petition and our efforts, but we are very appreciative now and the effort that they're putting in, and we look forward to a vigorous prosecution."

Family members of the 30-year-old victim had petitioned prosecutors to upgrade the charges, though District Attorney Ken Thompson said that had nothing to do with his decision.

"After an extensive investigation, Marlon Sewell has been indicted by a grand jury on manslaughter, criminally negligent homicide and related charges for causing the death of Victoria Nicodemus and physical injury to others," Thompson said. "At trial, we will prove that the three victims were just walking on Fulton Street when the defendant, through his reckless actions, drove his car onto the sidewalk striking them all and killing Ms. Nicodemus."