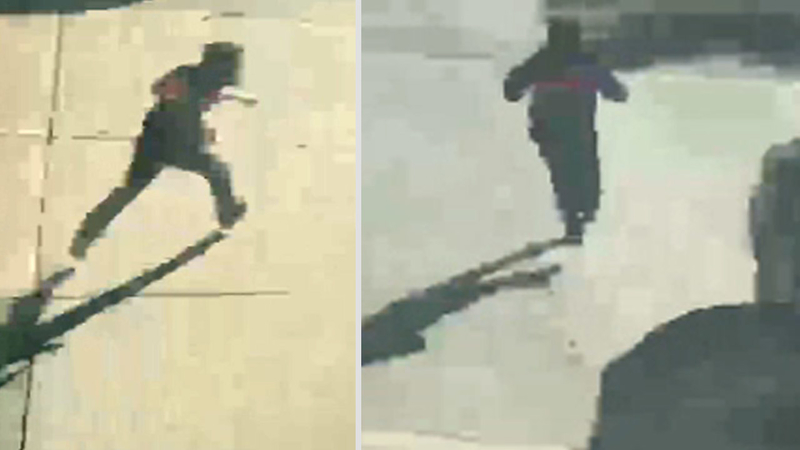 LOWER MANHATTAN, New York City (WABC) -- Eyewitness News has obtained video that shows the suspect police believe is responsible for the deadly attack on the West Side Highway being investigated as an act of terror.

The video was taken by a Stuyvesant High School student and shows the driver of the white pickup truck that entered the bike path and ran down several pedestrians. At least eight people were killed and around a dozen injured.

The man can be seen running erratically around in the street, in between passing cars, dressed in dark clothing and carrying an object in each hand that appears to be a gun-like weapon. Police officials say those items were a paintball gun and a pellet gun.

The suspect was shot by police, reportedly in the abdomen, and taken into custody.